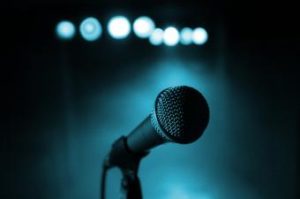 FSOC has the power to designate a nonbank as a SIFI, which comes with lengthy compliance responsibilities and costs to the designated institutions. Nonbank oversight is an important issue for the mortgage industry, which has experienced significant growth in these entities in the past several years. Nonbanks currently take up a large share of both mortgage originations and servicing.

“The nonbank designation process is arbitrary, inconsistent, and opaque,” stated Douglas Holtz-Eakin, President of the American Action Forum. He argued that the size of an institution “does not necessarily correlate to risk” and in fact, “larger organizations tend to be better diversified and more capable of absorbing systemic shock.”

He also asserted that the costs of SIFI designations are significant. In terms of dollar amounts, he referred to AIG’s estimate that its de-designation as a SIFI would save the firm $150 million a year.

Compliance costs for SIFI firms include compliance personnel and resources to address reporting requirements and stress tests. Those costs are ultimately born by consumers or shareholders, Holtz-Eakin said. Additionally, the capital requirements for SIFIs can restrict the “scope of business practices” and inhibit “natural vitality” in the organizations, he said.

Paul Schott Stevens, President and CEO of Investment Company Institute, largely agreed with Holtz-Eakin, reiterating in his testimony a call for an activities-based designation rather than an entity-based designation from FSOC.

He said that the SIFI designation is “intended to be a regulatory ‘tool of last resort.’”

Policymakers are “moving in the right direction,” according to Stevens, but he also called for greater engagement from FSOC with companies prior to their designation as a SIFI, “more rigorous analysis” prior to designation, and “greater transparency to the financial markets and market participants.”

“Proposals to replace nonbank SIFI designations with an activities-based approach are deeply misguided,” he said. “Activities-based regulation, on its own, will not prevent systemic collapses like those we experienced in 2008.”

Stevens, however, countered that activities-based oversight has functioned for years in the mutual fund sector. “The idea that our regulation does not know how to deal with activities and practices and make them safe and sound and stable for the future is something that is simply unrecognizable from the point of view of our industry,” he said.

The new mortgagee letter recognizes borrowers impacted by COVID-19 that met all requirements set forth by the Administration before the pandemic.