Home >> Daily Dose >> Purchase Loans Up to 57 Percent in February

Purchase Loans Up to 57 Percent in February 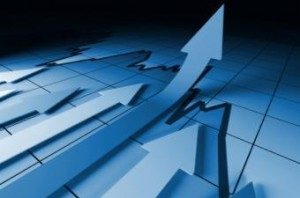 Home loans for purchases increased to 57 percent in February, up from January’s 53 percent, according to the latest Origination Insight Report from Ellie Mae. The report also said that the average time to close all loans in February decreased to 46 days, down from 51 days in January.

“The purchase market led the way in February, representing 57 percent of total closed loans,” said Jonathan Corr, president and CEO of Ellie Mae. “Along with the growing purchase market, we’re seeing the time to close all loans decrease and FICO scores decline, trends that we will continue to watch in the coming months.”

FICO scores on purchases stayed consistent from the prior month.

When asked what factor would have improved the mortgage process, approximately 40 percent of homeowners indicated they would have liked a faster process with fewer delays. Twenty percent indicated that a shorter, easier to understand application would be preferable, while 11 percent asked for more communication with their lender throughout the process.

Millennials were the most likely generation of homebuyers to begin their mortgage application online and finish it with an in-person interaction with their lender (30 percent). Gen X (28 percent) and Baby Boomer (20 percent) borrowers weren’t far behind in using this online and in-person approach.

“There’s no question that technology is playing a larger role in the home buying experience,” said Joe Tyrrell, executive vice president of corporate strategy at Ellie Mae. “As we expected, many homeowners are seeking a faster and more streamlined experience. And it’s not just a millennial phenomenon; it’s homebuyers of all ages and both genders.”

Note: The Origination Insight Report focuses on loans that closed in a specific month and compares their characteristics to similar loans that closed three and six months earlier. The closing rate is calculated on a 90-day cycle rather than on a monthly basis because most loan applications typically take one-and-a-half to two months from application to closing. Loans that do not close could still be active applications or applications withdrawn by consumers or denied for incompleteness or non-qualification.