Home >> Daily Dose >> A Clear Path Forward for the CFPB

A Clear Path Forward for the CFPB 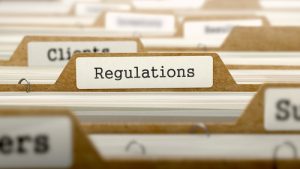 Since its formation in 2011, the Consumer Financial Protection Bureau (CFPB) has been widely ambitious, reportedly issuing 50 rules within its first five years, making it the “fastest rulemaking body in the federal government,” according to research from the American Action Forum. With the bureau appearing at a juncture set to “critically examine” its practices following the release of 12 requests for information (RFIs) last year, the Mortgage Bankers Association (MBA) released last week its own proposed “roadmap” forward for the bureau.

Since the bureau’s founding, it “has exercised its authorities to drastically change the regulatory regime over consumer financial products and services. No industry has been more impacted by this transformation than the housing finance industry,” the MBA stated.

While conceding that the CFPB has “bolstered consumer financial protection,” the MBA complained that the bureau has exceeded its authority, has created unnecessary costs, imposed “unnecessary regulatory burden,” and has restrained consumers’ access to mortgage credit.

In its “Roadmap to CFPB 2.0,” the MBA addressed potential improvements in each of the major functions of the bureau: rulemaking, enforcement, supervision, and market monitoring.

One of the main themes of the roadmap was clarity or transparency, which was central in the proposed changes for each major bureau function. “The need for greater clarity extends both to the Bureau’s expectations for how business should act and what businesses can expect from the Bureau. Uncertainty around regulatory expectations hinder innovation and business development,” the MBA stated.

To improve its rulemaking process, the MBA proposed the CFPB “create a ‘rule on rules’ that promotes responsible rulemaking.”

When issuing guidance, the MBA requested the CFPB “adopt a clear guidance policy,” including making guidance “clearly reliable” and issuing guidance after receiving public feedback. The bureau should also refrain from using the examination manual as a means of issuing new expectations.

The MBA also called for clarity and transparency in the CFPB’s enforcement actions. In the case of civil investigative demands, firms should understand their purpose and should know when they have concluded, the MBA said. Also, “Timelines need to be realistic.”

The MBA also called for an end to “Regulation by Enforcement,” clear UDAAP standards, transparency during investigations, and the establishment of “a civil money penalties matrix.”

When conducting examinations, the CFPB “should not ‘expect’ perfection but rather a compliance management system that’s commensurate with the institution’s risk profile,” the MBA said. Also, firms’ appeals to the bureau’s examinations should be public, according to the MBA.

In terms of its role of “market monitoring,” the MBA implores the CFPB to remove its consumer complaint database from public view.

“Contrary to the CFPB’s stated position, publishing unverified complaint data does not promote consumer financial education or market transparency,” the MBA explained. “The opposite is true.”

The MBA went on to say that “publishing consumer complaint data distorts market transparency and consumer understanding” because in many cases what is labeled as a complaint is actually a misunderstanding and “rarely” involves “actual business errors or misconduct.”

"The Bureau has shown an admirable willingness to listen to stakeholder concerns about how it can improve both its own practices and the regulations it is tasked with enforcing," said MBA President and CEO Bob Broeksmit with the release of the MBA’s paper. "The recommendations laid out in this roadmap will further strengthen CFPB's policies and ensure that all consumers are treated fairly and equally and have access to the quality sustainable products they deserve."