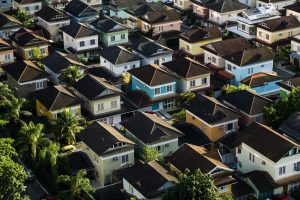 The Senate Banking Committee on Tuesday held a virtual hearing titled, "Home = Life: The State of Housing in America," during which, according to a presser from the Banking Committee, members held "a robust discussion on the issue of housing finance reform."

Senator Toomey in said proposal set the framework for legislation "to end the government-sponsored enterprise (GSE) duopoly and foster a liquid secondary mortgage market while protecting taxpayers and promoting equitable access for all lenders."

"The housing finance system remains in urgent need of reform," Toomey said. "The current system exposes taxpayers to risk of future bailouts, fosters excessive risk taking, and crowds out private capital. I hope my colleagues, the administration, and all interested stakeholders will join me in working to implement these responsible reforms to prevent yet another financial crisis."

Here are key points from Toomey's plan for housing finance. He aims to:

On behalf of the National Association of Realtors (NAR), Charlie Oppler, a Realtor from Franklin Lakes, N.J., and the CEO of Prominent Properties Sotheby's International expressed support for Toomey's statement and priorities, saying, "The GSEs now support nearly 80% of the U.S. residential market, and it is more important than ever that Fannie and Freddie's transition from conservatorship be developed collaboratively and deliberately. While some points of disagreement remain, we look forward to working with Senator Toomey and policymakers from both sides of the aisle as these conversations progress over coming months."

In his remarks, Toomey pointed out that the housing market is cyclical.

"It’s a question of when—not if—there will eventually be a housing downturn. The GSEs and the housing finance system are not prepared. FHFA Director Calabria and the last Administration made significant progress in reforming the system. Thanks to their good work, the net worth sweep has been suspended, and the GSEs finally have begun to build capital under a constructive new capital rule."

He added that "more than 12 years after the financial crisis, Congress has still not addressed the fundamental flaws in the system that led to the crisis."

Finally, Toomey says, "I know we have significant differences about the role of government in the housing market, but I believe compromise is possible. There is much that can be productively done on a bipartisan basis in this Congress."

Toomey's colleague, Sherrod Brown (D-OH) , that, although many things have changed for the better in housing, there is more to the story.

"More than one-in-five homeowners are still paying more than one-third of their income for housing. The number of lower-income homeowners has continued to shrink. And most concerning of all, perhaps—the Black home ownership rate is as low as it was when housing discrimination was legal," he said. "And behind every one of these numbers is a family with a story."

2021-03-17
Christina Hughes Babb
Previous: Opening Up the Door for Women in Mortgage
Next: Spring Economic Growth to Support Housing Market