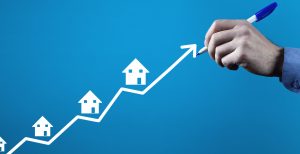 It took nearly three years, but mortgage rates have exceeded the 4% threshold for the first time since May 2019, as Freddie Mac’s latest Primary Mortgage Market Survey (PMMS) shows the 30-year fixed-rate mortgage (FRM) averaging 4.16 percent, up from last week’s average of 3.85%.

“The 30-year fixed-rate mortgage exceeded four percent for the first time since May of 2019,” said Sam Khater, Freddie Mac’s Chief Economist. “The Federal Reserve raising short-term rates and signaling further increases means mortgage rates should continue to rise over the course of the year. While home purchase demand has moderated, it remains competitive due to low existing inventory, suggesting high house price pressures will continue during the spring home buying season.”

Yesterday’s move by the Federal Reserve to increase the nominal interest rate by 25 basis points to 0.25-0.50% comes as data shows inflation reached 7.9% in February (the steepest rise in prices since 1982), initial jobless claims totaled 227,000 for the week ending March 5, and rent, housing, and fuel prices continue to surge. 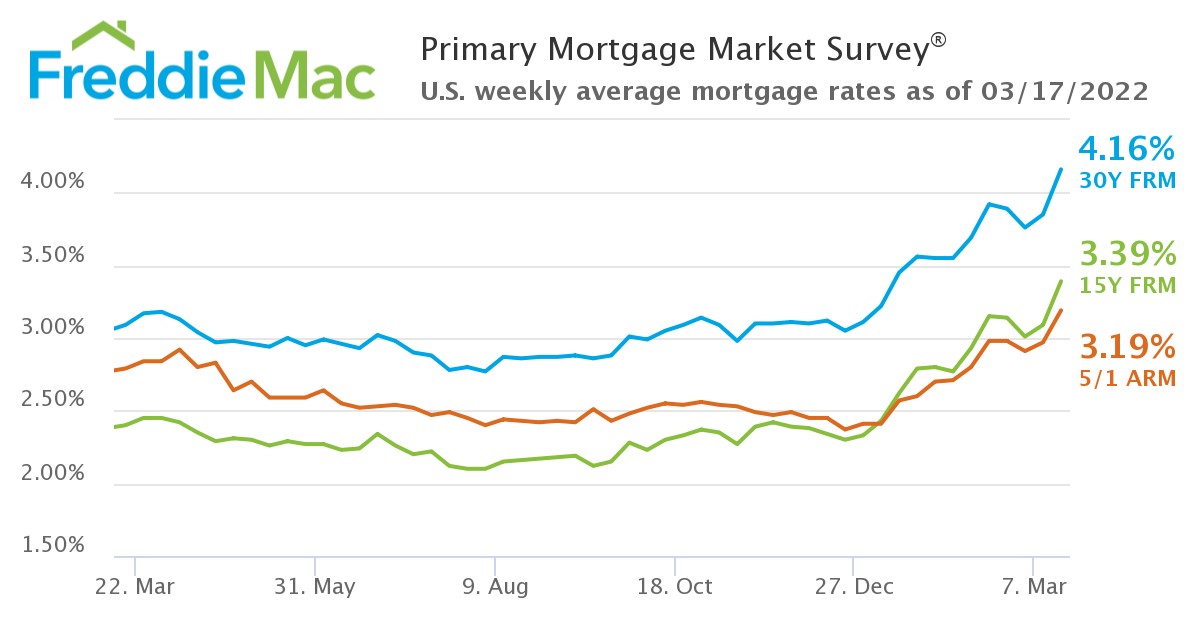 “The Freddie Mac fixed rate for a 30-year loan jumped this week, with a 31-basis point surge to 4.16%, following the sharp jump in the 10-year Treasury above 2.0%,” said Realtor.com's Manager of Economic Research George Ratiu. “The Federal Reserve confirmed through this week’s rate hike, along with five more planned increases, that inflation is unlikely to slow down any time soon. Investors are reacting to the deepening war in Ukraine and expecting renewed supply chain disruptions to add additional pressures on consumer prices. Moreover, the ongoing labor shortage is pushing costs up, as companies are responding by offering higher wages, sign-on bonuses, and pay raises. In short, I expect that we will continue to see mortgage rates climbing in the months ahead, as they are likely to pass 4.5% before year’s end.”

With rates taking the 31-point climb, mortgage applications began to dive, as the Mortgage Bankers Association (MBA) reported overall mortgage application volume decreasing 1.2% week-over-week. And with rates seeing such large gains, less and less current home owners are inclined to refinance, as the refi share of mortgage activity continued to drop, falling to 48.4% of total applications from 49.5% the previous week.

First American Deputy Chief Economist Odeta Kushi points out that the rise in rates may be what the market needs at a time of low inventory and record-high price points.

“One possible outcome from rising rates? A market that moves closer to equilibrium, with less price appreciation than last year,” said Kushi. “As rates rise, some buyers on the margin will pull back from the market and sellers will adjust price expectations, resulting in a moderation in house price appreciation.”

Previous: Consumers Reflect on “The New Normal” Post-Pandemic
Next: New Residential Construction Statistics for February 2022 Are In