Changes in the Mortgage Industry Since the Great Recession 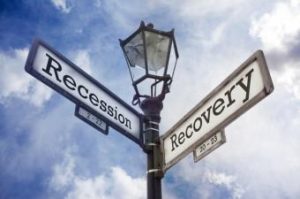 Although the Great Recession only officially lasted for a total of two years, from 2007 through 2009, its devastating ripple effects lasted—and were clearly felt by all—well beyond that, according to a new report.

One main catalyst for this era in real estate history was the highly erratic and unstable mortgage market at the time. However, the problem lied in the fact that no one really knew this was the case until it was too late.

From the outside, the economy appeared to be thriving, boasting low-interest rates and teeming with an abundance of mortgage lenders more than eager to offer loans to applicants across the board. With the chance to own a home at their fingertips, many would-be homeowners jumped at the chance to pursue their own slice of the pie, taking a shot at the idyllic American Dream of having it all, including homeownership. At this time, investors were literally banking on the belief that homes would continue to gain value, regardless of the telltale warning signs that were there, but few seemed to notice or regard.

With the growing numbers of mortgages being handed out, the inevitable fallout became the fact that a plethora of risky borrowers was among the bunch, all of whom were more likely to—and eventually did— default on their loan payments.

Enter the financial crisis and the Great Recession, thus setting an example of how sometimes things really can look and sound too good to be true, and leaving current consumers and prospective buyers and lenders wary of the recent growth in the economy. The signs are all pointing to the fact that it seems as if the market is “banking” on another shoe dropping, assuming yet another crash may just be on the horizon.

The barebones of the current state of the mortgage industry are as follows: the majority of people today—especially the younger generations—are in debt and have less (if any) savings or residual income than their elders did at their same age.

However, they are still making purchases that—in light of their circumstances—are financially questionable.

Such choices include buying a home with very little or no savings. So the question remains: are we doomed to repeat history? It seems the answer is maybe, or maybe not, as credit and mortgage lending standards have become more strict since the Great Recession, yet mortgage lenders today are still approving loans for subprime borrowers, most of whom are applicants with mountains of non-mortgage debt already.