Home >> Daily Dose >> Economist: This is the Strongest Seller’s Market Since 2006

Economist: This is the Strongest Seller’s Market Since 2006

Nationally, home sales prices in February rose more than they have during any month since July 2013.

In fact, according to the Redfin report, the national median home-sale price rose 14.4% year over year to $336,200 in February. Closed home sales were up 5% from a year earlier and pending sales were up 21%. New listings fell 16%—the second-largest decline on record since Redfin’s data began in 2012, only passed by the drop in April 2020.

“This is the strongest seller’s market since at least 2006,” said Redfin Chief Economist Daryl Fairweather. “Buyers outnumber sellers by such a huge margin that many homeowners are staying put because they know how hard it would be to find a place to move to. It seems like the only move-up buyers who are confident enough to list their homes are those who are relocating to a more affordable area where they’ll have an edge on the local competition.”

She continued: “Even though the market feels reminiscent of 2006, we aren’t in a bubble,” continued Fairweather. “Yes, some buyers are overpaying for homes, particularly those who are moving to affordable destinations and paying well over asking prices to win homes in bidding wars. But these buyers are often covering any shortfall in the bank’s appraisal amount and locking in low monthly mortgage payments that they can easily afford. As mortgage rates rise, I expect demand to settle down and be better balanced by more new listings as high home prices lure more sellers to the market.” 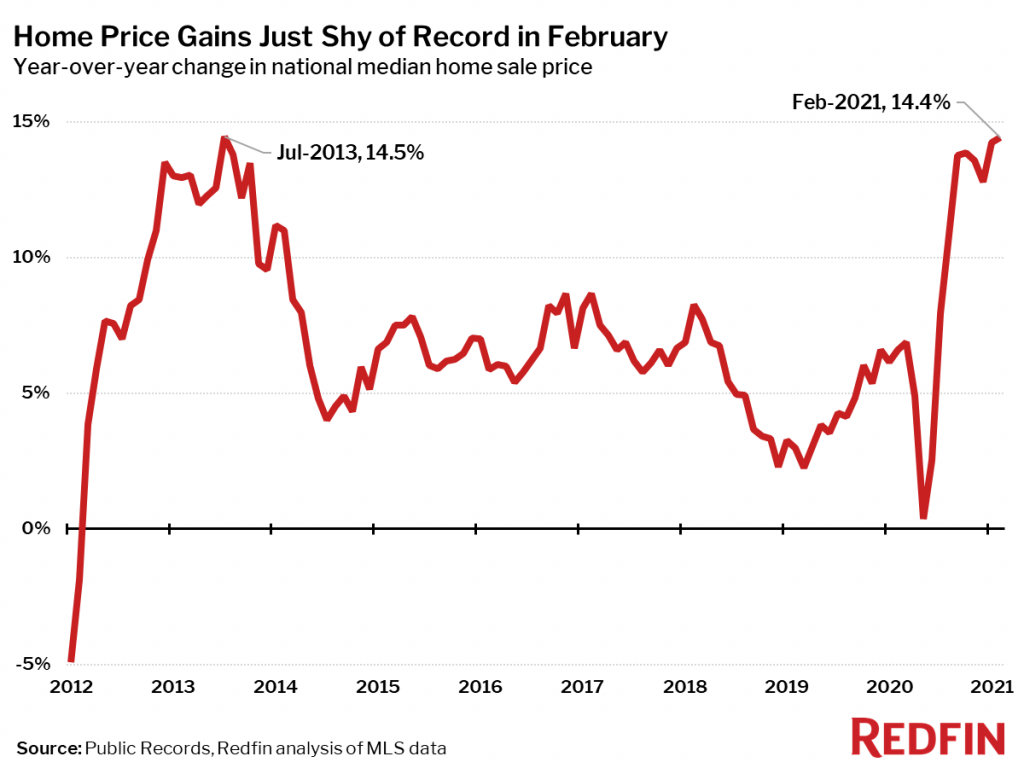 Redfin analyst Tim Ellis echoed that the shortage of homes for sale is "making homebuyer competition more intense than we’ve ever seen."

He noted that 36% of homes sold last month went for more than their asking price, the largest share on record. This extreme imbalance between supply and demand is the primary factor rapidly driving up home prices.

See the report in full at Redfin.com.