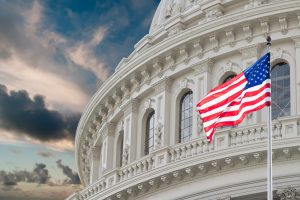 On Thursday, March 24 at 10:00 a.m. EDT, the U.S. Senate Committee on Banking, Housing and Urban Affairs will host an Open Session titled “Strengthening Oversight and Equity in the Appraisal Process.”

According to a recent LendingTree survey, more than one in five Americans who received an appraisal, either to refinance or sell a home, believed the value was too low. The survey also found that 21% of current or past homeowners suspect the subpar values were based on race, gender, sexual orientation, or religion. The same study found that 32% of African-Americans and 31% of LGBTQ+ homeowners felt their appraisals were lower than expected—compared to just 22% of white and heterosexual homeowners.

Members of the Senate Banking Committee recently sent a letter to the U.S. Department of Housing & Urban Development (HUD) and the Consumer Financial Protection Bureau (CFPB) to request a review of Wells Fargo’s mortgage loan refinance processes amid concerns and recent reporting that suggest Black and Hispanic borrowers were less likely to be approved for refinance loans in 2020 as interest rates hit record lows.

“Our housing system is harder to access and more expensive at every turn for families of color. Racial disparities in homeownership rates today are as large as they were when racial discrimination in housing and lending was legal,” said the letter. “As a result, Black and brown families are less likely to benefit from the payment stability and long-term wealth accumulation that come from homeownership. And when families of color who are able to become homeowners are denied money-saving refinances at a higher rate than white homeowners, it further erodes their income and ultimately their wealth, diluting homeownership’s benefits. To begin addressing our nation’s long history of housing discrimination and its racial wealth disparities, we must ensure that our housing system and lenders follow the law.”

Taylor serves the region in implementing programs and policies in all matters relating to fair housing, economic opportunity, civil rights, and nondiscrimination in the implementation of HUD programs. Her training, contributions and commitment to fair housing span a period of 20-plus years. Melody has an expansive civil rights career working with non-profit, human rights state and federal agencies including her work in program and policy development, and strategic planning for private and government entities.

During his career, Park has held executive management and leadership roles at several financial institutions, as well as four years as the Director of Research and Technical Issues at The Appraisal Foundation.