The Rise of Baby Boomer Roommates 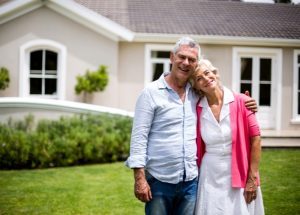 Baby boomers are the fastest growing segment of roommate seekers, growing twice as fast as any other group. SpareRoom reports that, according to date from Harvard University’s Joint Center for Housing Studies, people over the age of 50 living with roommates has grown by 27 percent in the past year, with a total number of 2.6 million older people living with non-relative roommates.

“People think of apartment sharing as a young person’s game, but that’s no longer the case,” says Tom MacThomas, SpareRoom’s US General Manager. “The over 50s might not be the biggest group of roommates but they’re definitely the fastest growing.”

For renters, having a roommate could save those 50 and older over $25,000 a year. MacThomas cites the financial benefit as one of the reasons for the growth among older roommate-seekers.

“Rents have risen far more over the past decade than salaries. That means some people are lifelong renters, while another group are coming back to sharing, or even sharing for the first time, in their 50s. It’s a trend we see continuing well into the next decade, if not further ahead.”

Previous: The Cloud Hanging Over Loan Performance
Next: Homesellers: Now Is the Time