What Is Fueling SFR Growth? 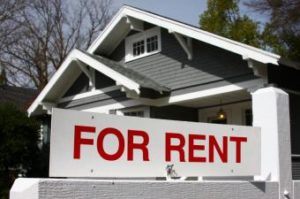 A rising demand for low-end rentals along with the stabilization of rent prices since February 2016, have propelled the growth of single-family rentals, according to CoreLogic’s latest Single-family Rent Index (SFRI) report.

According to the report single-family rental (SFR) prices climbed between 2010 and 2016. However since February 2016, when the price growth peaked at 4.2 percent, the overall year-over-year rent price increases have slowed and “have stabilized over the last year with a monthly average of 3 percent.”

“Rent prices for single-family homes increased 3.2 percent in January, which was the fastest increase in more than two years,” said Molly Boesel, Principal Economist at CoreLogic.

The report indicated that low-end rentals, which increased 3.8 percent year-over-year in January, “propped up” the national rent growth. CoreLogic defines this tier as properties with rent prices less than 75 percent of the regional median. High-end rentals, properties with rent prices greater than 125 percent of the region’s median rent, grew at a slower year over year pace at 2.9 percent. However they were up from last year’s pace of 2.4 percent.

“Demand for single-family rentals has remained brisk, and while employment growth has played a role in rental demand, demographics have as well,” Boesel said. “Households headed by someone under the age of 35 are more likely to rent than own, and with nearly a quarter of the U.S. population between the ages of 18 and 35, this age group continues to feed the demand for single-family rentals.”

At 7.7 percent Phoenix, Arizona, recorded the highest year-over-year rise in SFR in January, according to the report, followed by Las Vegas, Nevada at 7 percent. Another Arizona city, Tuscon, experienced the third highest growth in SFR at 5.9 percent. The report indicated that this was the first time that Tuscon was among the top three metros for rent growth in more than 12 months.

However, Houston, Texas, which had seen a steady growth in SFR throughout 2018, experienced the lowest rent increases of all for the second consecutive month in January at 0.8 percent.