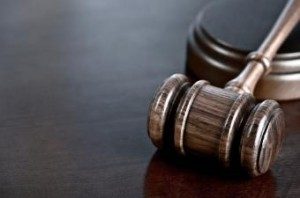 On Tuesday, the Subcommittee on Oversight and Investigations of the Committee on Financial Regulations held a hearing on the constitutionality of the Consumer Financial Protection Bureau. [1] The hearing was aptly titled “The CFPB’s Unconstitutional Design.” Subcommittee Chairwoman Ann Wagner’s opening statement highlighted the problems with the CFPB that she and the other Republican members see as representative of Washington as a whole.

Wagner stated that the committee has already held five hearings regarding discrimination with the CFPB. Additionally, the committee looked at ways in which the bureau may be restructured in order to make the Bureau more Constitutional and more accountable.

“For the past eight years, the American people under the Obama administration have grown complacent with the unchecked power emanating from Washington and its complete disregard for the Constitution. From healthcare, to energy, to financial services, Washington has worked to plan every aspect of your life and decide what’s best for you,” said Wagner. “Now, more than ever, we have a new obligation to examine the checks and balances of our federal government and ensure that our constitution is reflected by it. It’s time to bring accountability back to Washington for we the people. Nothing embodies the Washington knows best mindset than the Consumer Financial Protection Bureau.”

The ongoing case of the CFPB vs. PHH Corp., in which PHH Corp accused the Bureau of abuses of power, was at the center of the hearing. Congressman Al Green stated that the abuser of power was not actually the CFPB, but the republican party for being so one sided in the litigations.

“[Republicans are] taking one side, the side of a mortgage company that has been accused of ripping off Americans,” Green said. “It’s a shameful and disgraceful circumstance that we find ourselves in today.”

The Hon. Ted Olson, serving as lead counsel in the PHH vs. CFPB, defended PHH. Referring to the CFPB, Olson said “However tempting it might be to invent new and complex government structures in the interest of accomplishing some presumed efficiency, we abandon the carefully calibrated structure of the Constitution at our peril.”

Chief Counsel Brianne Gorod of the Constitution Accountability Center, explained why she believed the attacks against the CFPB were “wholly without merit.” According to Gorod, the Bureau’s single director is not a factor to consider when looking at if the president can and should remove the CFPB Director. The single director, instead of a multi-member commission is a “distinction without a difference.”

“If the Bureau’s leadership structure had any significance to the constitutional question, this factor would way in favor of a single director, because a multi-member board serving staggered terms is, if anything, less accountable to the president.”