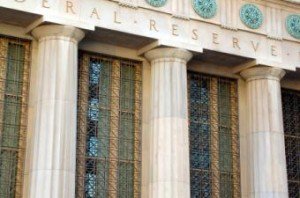 On Wednesday, after Jerome Powell's first Federal Open Market Committee (FOMC) meeting as Fed Chair, the Federal Reserve announced that it had increased the Fed funds rate by a quarter point at a target of 1.5 percent to 1.75 percent.

Powell had provided an upbeat assessment of the economy and inflationary trends during his Congressional testimony in the run-up to the meeting and the statement released by the Fed shortly after the meeting reflected the central bank's positive stance on the economy.

These rate hikes impact the housing market as mortgage rates, which have been rising steadily since the beginning of the year are expected to surge further on the back of this hike. The Fed has also been missing on its targets for mortgage holdings which could be another blow for mortgage rates.

“The Fed has been meeting its target on the treasuries but missing on the mortgage holdings,” said Tendayi Kapfidze, Chief Economist at LendingTree. “Treasuries are down $41.2 billion since October but mortgages are actually up $2.0 billion. Thus the Fed has actually been detrimental to mortgage rates on the one hand by reducing its holdings of treasuries, but providing some support given that its mortgage holdings are not declining.”

“In today’s competitive housing market, rising rates are another hurdle for first-time buyers who don’t have a lot of cash to work with. To date, realtor.com has found the impact of higher home prices has so far dwarfed the impact of higher mortgage rates from a year ago. But with today’s announcement, it looks like this may be changing. As rates move higher, we expect to see their direct impact on buyers grow,” said Danielle Hale, Chief Economist at Realtor.com.

According to Kapfidze the Fed’s balance sheet normalization plan is set to have its second increase in April, which could raise the treasury security target to $18 billion a month and the MBS target to $12 billion a month. “Upward pressure on treasuries should increase and mortgage rates could see more upside in Q2 following the recent leveling off in rates. If the Fed begins to meet its MBS target, that would result in a further upward pressure,” he said.

Previous: Ginnie Mae’s MBS Outstanding Remains Stable at $1.9T
Next: What Do Borrowers Desire in the Mortgage Process?