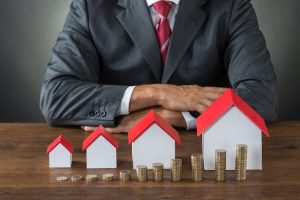 “A big jump in existing sales in the South and West last month helped the housing market recover from a two-month sales slump,” said Lawrence Yun, Chief Economist at NAR. “The healthy U.S. economy and labor market are creating a sizeable interest in buying a home in early 2018. However, even as seasonal inventory gains helped boost sales last month, home prices–especially in the West–shot up considerably. Affordability continues to be a pressing issue because new and existing housing supply is still severely subpar.”

These figures come on the day when the Federal Reserve announced an increase in its interest rates, a move that’s likely to raise the mortgage rates in the housing market too. “Existing home sales reported today reflect contracts signed in January, in a period of rising rates.  However, rising rates will likely result in some volatility in sales in the coming months as potential homebuyers digested the impact of rising interest rates,” said Tian Liu, Chief Economist at Genworth Mortgage Insurance. “We are encouraged by recent readings of mortgage applications, which point to a healthy start to the spring selling season. But we believe the high demand from potential buyers will likely result in larger price gains than in sales growth.”

The report indicated that median existing-home prices in February were at $241,700, up 5.9 percent from the same period last year, with February’s price increase marking the seventy-second consecutive month of year-over-year gains. Though housing inventory rose 4.6 percent to 1.59 million existing homes available for sale in February, the number is still 8.1 percent lower than a year ago and has fallen for 33 consecutive months.

These numbers reiterate the concerns in the market over low inventory. “While constraints on supply have been weighing on homebuyers for several years, rising mortgage rates and tax reform since the start of 2018 threatened demand. Even as prospective home buyers faced reduced affordability, we have seen little evidence that demand has taken a hit,” explained Cheryl Young, Senior Economist at Trulia. “Even with consumers facing strong headwinds on the demand side, the share of inventory sold increased after two months of declines. With demand remaining above its pre-recession peak, prospective home buyers are in for another tough spring home buying season as ready home buyers descend on a scant number of homes.”