Why are Starter Homes Becoming Hard to Find? 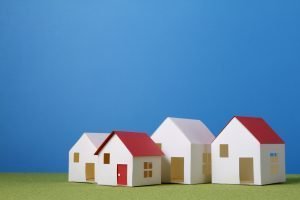 One of the major casualties of a national housing market defined by continuously rising prices and over-tight inventory is the starter home, according to the latest Inventory and Price Watch report by Trulia.

Starter homes “have become scarcer, pricier, smaller, older, and more likely in need of some TLC than they were six years ago,” the report states. They have seen median prices climb 9.6 percent since last spring, while starter inventory hit a new low in Q1. Meanwhile, prices for trade-up and premium homes rose 7.5 percent and 5.2 percent, respectively.

Overall housing inventory is actually up 3.3 percent from the first quarter in 2017. That's the first time that's happened since this same period in 2015. But “the rise in overall inventory masks the lopsided supply changes across the housing segment,” Trulia reported. In fact, starter home inventory plummeted 14.2 percent this quarter.

“Homes are increasingly unaffordable,” Trulia reported. The share of income needed to purchase a home across starter, trade-up, and premium segments reached new highs, largely due to increases in mortgage rates since the start of 2018. The portion of income needed to buy a starter home surged up 4.2 percentage points since this time last year, up to 41.2 percent—well above the 30 percent maximum experts recommend.

In addition to dwindling supply and escalating home prices, starter home buyers must also contend with homes on the market that are smaller and of a lower quality than they were six years ago. According to Trulia, quality for starter homes—which are, on average, nine years older than they were in 2012—appears to be on the wane as measured by a home’s age and the share of those that are fixer-uppers. Starter homes are also less likely to be move-in ready, with fixer-uppers comprising 11.2 percent of the starter home segment compared to 10.3 percent six years ago.

Among all housing segments, fixer-uppers have actually decreased by 0.6 percentage points down to 4.8 percent, the report states. Their overall size is down too.