Revisiting the Concept of QM Lending 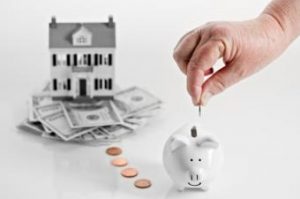 The recently introduced Self-Employed Mortgage Access Act is an attempt at loosening credit to qualified mortgage applicants who have difficulty conforming to Ability-to-Repay/Qualified Mortgage (QM) requirements. As the authors of the bill noted, “creditworthy individuals relying on non-traditional income represent up to 42 million Americans, or 30 percent of the labor force, and are unduly constrained in their ability to obtain a mortgage.”

"Constrained lending to non-traditional borrowers is one of the many adverse consequences of the well-intentioned QM standard. It’s time to revisit this concept to ensure that as the labor force continues to evolve that creditworthy households aren’t needlessly cut off from mortgage credit. As a result of this standard, private capital has almost universally been unwilling to underwrite or purchase mortgages that do not meet the QM standard given that all other loans lack safe harbor protections."

The proposed bill addresses an important issue; however, this approach layers new legislation on top of existing legislation as opposed to the CFPB simply amending the QM regulation. The QM regulation was a flawed concept to begin with. Whether intended or not, the reality is that the regulation allows the government to legislate what credit risk mortgage lenders can and cannot take, and, as a consequence, which borrowers are ready and eligible to take out a mortgage. The plight of non-traditional borrowers demonstrates the challenges of this rigid, prescriptive approach to mortgage underwriting.

The Consumer Financial Protection Bureau’s (CFPB) recent Ability-to-Repay and QM Rule Assessment Report found that self-employed borrowers, who do not qualify for a government-sponsored enterprise (GSE)-backed mortgage, face greater challenges obtaining a mortgage than traditional workers. The CFPB said, “Specifically for self-employed borrowers, lenders may find it difficult to comply with Appendix Q relating to the documentation and calculation of income and debt.”

These standards limit the industry’s ability to offer mortgage credit to a growing population of non-traditional workers. The Bureau of Labor Statistics estimates that the number of self-employed workers alone is expected to increase to 10.3 million by 2026, up from 9.6 million in 2016. The total population of non-traditional workers, including gig-economy workers, is estimated to represent as many as 42 million American workers and roughly 30% of the US labor force.

To deal with this, the legislation proposes new documentation options that would satisfy underwriting requirements but would be easier for non-traditional workers to supply, including Internal Revenue Service (IRS) forms for sole proprietorships, partnerships, and S corporations.

While this is certainly common-sense legislation, it shows how difficult it has been for the CFPB to accept that the QM rule is not working and actually harming consumers – in terms of high fees and rates, fewer mortgage options, and less access to credit for responsible households. The need to responsibly expand access to credit is so obvious and important that two senators from different political parties introduced this bill during the most dysfunctional legislative environment in recent memory. The bill spackles over much-needed broader regulatory or legislative action at the CFPB to relax or eliminate QM requirements, and reintroduce judgment and discretion back into the underwriting process. Lenders and investors should determine the risks that they are willing to take, and the CFPB should ensure that lenders have made a reasonable, good-faith determination of a consumer's ability to repay.

In the absence of regulatory action by the CFPB, this bill would allow lenders to widen qualifying criteria using existing forms of documentation. Just as the Federal Housing Finance Agency and the Economic Growth, Regulatory Relief and Consumer Protection Act are reimagining credit score models, this legislation would allow the industry to better serve qualified borrowers that don’t fit into the tight QM box, and allow tens of millions of creditworthy households financing to be homeowners and experience the American dream.

A recent study from the Urban Institute confirmed that non-traditional workers are being out squeezed out of the housing market. From 2001 to 2016, mortgage use and the homeownership rate declined more for self-employed households than for salaried households.

Rounds said in a statement, “We shouldn’t unfairly punish entrepreneurs, farmers and other small business owners because they don’t earn income on a W-2. Our legislation gives financial institutions flexibility in the forms of documentation that can be used when applying for mortgage credit, making it easier for [families] to realize their dreams of homeownership.”

Five years after implementation it’s clear, the QM rule isn’t providing guardrails for homeownership. For many, it has created a complete roadblock. Over time this is going to erode the health of the overall housing market and economy, by taking aim at common-sense underwriting instead of the fraud and speculation that caused the housing crisis in the first place.

Editor's note: The Collingwood Group is a client of the Five Star Institute, the parent company of MReport.

Tim Rood is the Chairman of The Collingwood Group, which he co-founded in 2009. Rood was co-founder and managing director of the firm’s predecessor company, Capital Financial Solutions. The Collingwood Group’s primary focus is in the financial services sector, and the firm offers advisory and consultative services combined with access to decision makers, financial sponsors, corporate boards, and senior industry executives. Rood has over two decades of mortgage industry and entrepreneurial experience. He advises organizations to optimize the business opportunities and to mitigate and manage the risks in and around Washington, DC. Rood is a sought after and regular contributor to various national media outlets including CNBC, Bloomberg Television, FOX Business News, Washington Post, New York Times, Wall Street Journal, and the American Banker.