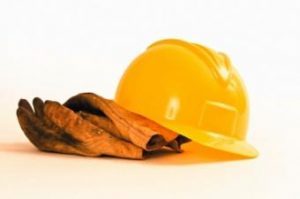 The demand for housing outweighed the small existing home inventory in February, according to a report from the U.S. Census Bureau and the Department of Housing and Urban Development (HUD). New home sales in February 2017 were at a seasonally adjusted rate of 592,000, a 6.1 percent increase from January’s rate of 558,000 and a 12.8 percent increase year-over-year, from February 2016’s 525,000.

Realtor.com Senior Economist Joseph Kirchner noted that the increase in new home sales could be due to the warm winter which allowed construction to stay on schedule, last year’s strong home construction starts, and a gradual shift from building apartments to individual homes. However, Kirchner says that while construction is up overall, existing home sales are falling.

“While this growth is encouraging, it’s important for house hunters to keep in mind that builders have been focusing on the more pricey part of the market; affordable options are still in short supply,” said Kirchner. “That’s a key reason why existing home sales dropped in February while sales of new homes went up–existing home sales include both affordable and premium homes. During that month, sales of existing homes under $100K plummeted 15 percent and sales of homes in the $100K to $250K range fell 2 percent, while sales of more expensive existing homes soared.”

While new home construction booms, the existing home inventory dwindles. Existing home sales, constrained by a lack of supply, increased just 1.8 percent over the last year. February saw a 6.4 percent decline in new listings and a 12.9 percent decline in the overall number of homes for sale, marking the third month in a row that inventory has fallen by double-digits and the 17th consecutive month of year-over-year supply declines.

Consumers are still looking positively at the home market. According to a National Association of Realtors survey, 62 percent of consumers said they believe the U.S. economy is improving, and 72 percent believe now is a good time to buy a home, so the housing market will still be busy.

Previous: The Fed Funds Rate: Good for the Housing Market?
Next: Dealing with Defects in Non-Judicial Foreclosure States