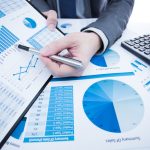 Independent mortgage bank and subsidiaries received less of a return each loan originated at the end of 2017, and a new report by the MBA got to the bottom of why. In its Quarterly Mortgage Bankers Performance Report the association found that in Q4 these entities reported a net gain of $237 per loan, while in Q3 they reported a gain of $929. These companies also had an average production volume of $505 million per company in Q4, down from $569 million in Q3.

With overall volume and production expenses growing to $8,475 per loan, this result was the second highest level since the inception of the MBA’s report in 2008. Despite the average loan balance reaching an all-time study-high, production revenues per loan also dropped to 362 basis points, with per-loan-basis production revenues decreasing to $8,712 for the fourth quarter.

The average pull-through rate (loan closings to applications) was 76 percent in the fourth quarter of 2017, up 3 percent from the third. Personnel expenses were found to have averaged $5,560 per loan, a $281 increase from the previous quarter, while the productivity of loans originated per production employee per month by decreased by .1, ending at 2.0 for the final quarter of the year.

Of the 329 companies reporting production data to the report, 77 percent were independent mortgage companies, and the remaining 23 percent were subsidiaries and other non-depository institutions.

Including all business lines, 56 percent of the firms reporting posted pre-tax net financial profits for the fourth quarter, down from a recorded 77 percent in the third.

Previous: HUD Secretary Ben Carson to Speak at Government Forum
Next: The Week Ahead: Spotlight on Housing Prices

The Acting Comptroller of the Currency said “too many people have been left out” of the nation’s economy. How does the Comptroller’s project address this?