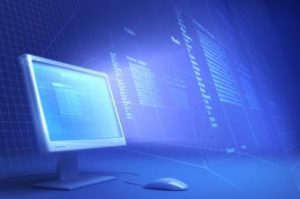 Current loan origination systems score low on digital mortgage functional preparedness is the conclusion of the STRATMOR Insights Report [1] released on Thursday. The release of this report is scheduled to coincide with the opening of Stratmor’s 2017 Technology Insight Survey the last week in March. This survey will include expanded questions on LOS vendor support and lender opinions on cybersecurity.

In preparation for the Survey, STRATMOR Senior Partner Garth Graham offers an analysis of two years of Technology Insights Survey results to assess the readiness of the current loan origination system (LOS) landscape for the coming age of the digital mortgage. He says that today’s originations systems fall short in demands for digital mortgage capabilities. Most Digital Mortgage specific functional capability lacking in current LOSs must be achieved via add-on applications.

He said that usually there are specialized applications that need to be hooked up to the system. “Where they are currently available, satisfaction levels pale even behind those of LOSs in general.” He added that the effectiveness of any LOS depends on both the system’s functional capabilities and the skill with which the system is deployed.

According to Graham, technology vendors need to carefully consider where they are in the mortgage technology ecosystem and how they will compete in the future. On the other hand, he said that lenders also need to determine their current state of technology and from there, develop their own individual roadmap to the future.

The STRATMOR Insights Report also looks at data from the results of the 2016 Technology Insight Survey, which show that: