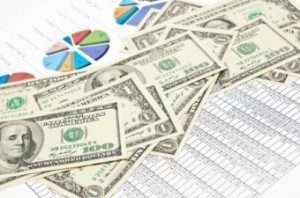 Lenders are looking at the future of home prices with optimism, according to Fannie Mae’s Q4 2017 Mortgage Lender Sentiment Survey. Data from the survey shows that lenders see the economy heading in the right direction, and could reach its highest levels since the survey’s inception in Q1 2014.

Despite the positive outlook, however, demand for purchase mortgages fell slightly below expectations, attributed to unfavorable mortgage rates. Purchase mortgage demands for Q1 2017 were at their lowest first-quarter level since Q1 2014.

Fannie Mae’s survey respondents point to competition from other lenders and market trend changes, such as a shift from refinance to purchases, as top reasons for profit margin changes. However, respondents point to government regulatory compliance, a historically top reason for lenders’ decreased profit outlooks, as a lesser reason.

“This quarter, lenders’ optimism toward the overall economy and home price appreciation hit survey highs, mirroring the consumer confidence seen in our February Home Price Sentiment Index,” said Doug Duncan, SVP and Chief Economist at Fannie Mae. “However, lenders’ profit margin outlook remains significantly less positive than this time last year and two years ago.  Lenders cite competition from other lenders and a market shift from refinance to purchase–both of which reached survey highs–as the top reasons for the weak profit margin outlook.  With mortgage rates expected to rise, we expect refinance activity will fall and purchase affordability will tighten, increasing competitive pressure in a shrinking mortgage market. Lenders may choose to adjust their production capabilities and staff resources given their profitability outlook.”