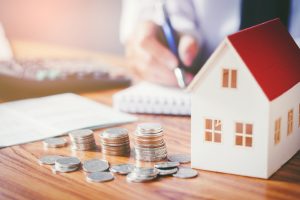 The Community Reinvestment Act (CRA) is headed for changes by The Treasury and will relook at reinvestments of banks towards supporting community needs through initiatives such as fair mortgage lending, affordable housing development, small business lending, and similar activities.

In the light of these proposed changes to the CRA, the California Reinvestment Coalition (CRC) conducted a survey of California banks and CRC member organizations to understand the impact of the CRA and its role in building a community where banks meet community needs.

“Our research shows that the CRA plays an important role in ensuring that banks meet community credit needs. Banks should do more to fulfill their responsibilities to the communities they operate in,” said Paulina Gonzalez, Executive Director of the CRC. “The Treasury Department should encourage banks to work more closely with community groups, for example, to require banks to develop written CRA plans that outline win-win reinvestment strategies.”

The survey found that banks that responded to CRC had lent over $27 billion towards community development in 2016 and had over $31 billion in total CRA activity. However, when it came to meeting communities’ needs in California, banks with above $50 billion in deposits statewide lagged behind their smaller peers.

The survey also included responses from communities, non-profits and other groups serving those communities. This group of respondents said that they appreciated CRA’s role in its ability to direct resources towards their work and to dialogue with banks and regulators about how banks could best meet their community’s needs.

In terms of where banks could improve their outreach, this group of respondents said that they would like to see banks better fulfill their responsibilities towards communities.

Previous: Pending Home Sales Increase Ahead of the Homebuying Season
Next: Mortgage Apps on the Rise