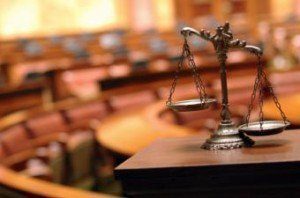 The Department of Housing and Urban Development (HUD) announced that it is charging Facebook for violating the Fair Housing Act by allowing landlords and home sellers to use its advertising platform to engage in housing discrimination.

“Facebook is discriminating against people based upon who they are and where they live,” said HUD Secretary Ben Carson. “Using a computer to limit a person’s housing choices can be just as discriminatory as slamming a door in someone’s face.”

HUD originally leveled a complaint against Facebook back in August 2018, MReport reported, claiming that Facebook violates the Fair Housing Act by enabling advertisers to:

HUD’s charge against Facebook claims that Facebook allows advertisers to specifically exclude people whom Facebook classified as parents; non-American-born; non-Christian; interested in accessibility; interested in Hispanic culture; or a wide variety of other interests that closely align with the Fair Housing Act’s protected classes. Additionally, through its charge, HUD claims Facebook allowed advertisers to draw a red line around certain neighborhoods, excluding those neighborhoods from advertisements.

In a release, HUD stated that through its charge, it “seeks to address unresolved fair housing issues regarding Facebook’s advertising practices and to obtain appropriate relief for the harm Facebook caused and continues to cause.”

According to HUD, the agency's charge will now be heard by a United States Administrative Law Judge "unless any party to the charge elects to have the case heard in federal district court. If an administrative law judge finds after a hearing that discrimination has occurred, he may award damages for harm caused by the discrimination. The judge may also order injunctive relief and other equitable relief, as well as payment of attorney fees. In addition, the judge may impose fines to vindicate the public interest. If the matter is decided in federal court, the judge may also award punitive damages."