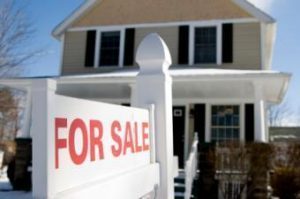 On Tuesday, CoreLogic [1] will release its Home Price Insights report for February 2019. The previous report, for January 2019, saw an increase year over year of 4.4 percent from January 2018, and predicts a 4.6 percent year over year increase in January 2020.

“The spike in mortgage interest rates last fall chilled buyer activity and led to a slowdown in home sales and price growth,” said CoreLogic Chief Economist Frank Nothaft. “Fixed-rate mortgage rates have dropped 0.6 percentage points since November 2018 and today are lower than they were a year ago. With interest rates at this level, we expect a solid home-buying season this spring.”

“The slowing growth in home prices was inevitable in many respects as buyers pull back in the face of higher borrowing and ownership costs. As we head into 2019, we can expect continued strong employment growth and rising incomes which could support a reacceleration in home-price appreciation later this year,” said Frank Martell, President and CEO of CoreLogic.

CoreLogic states that Philadelphia and Las Vegas were the only two large metroes to experience double-digit annual appreciation, each growing by 10.5 percent in January. San Francisco had the lowest year-over-year appreciation in January, increasing by just 1.6 percent, followed by Baltimore with appreciation of 1.7 percent. The report notes that the last time any of the 50 largest metros showed a year-over-year decrease in home prices was in April 2015, when Baltimore fell by 0.3 percent.

Here’s what else is happening in the Week Ahead.