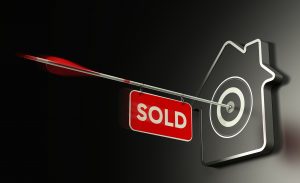 According to the latest S&P Dow Jones Indices (S&P DJI) for January 2022, home prices continue to increase nationwide, as the U.S. National Home Price NSA Index—covering all nine U.S. census divisions—reported a 19.2% annual gain in January, up from 18.9% in the previous month.

“Last fall we observed that home prices, although continuing to rise quite sharply, had begun to decelerate. Even that modest deceleration was on pause in January,” said Craig J. Lazzara, Managing Director at S&P DJI. “The 19.2% year-over-year change for January was the fourth-largest reading in 35 years of history.”

Phoenix, Tampa, and Miami reported the highest year-over-year gains among the 20 cities gauged in January, with Phoenix leading the way with a 32.6% year-over-year price increase, followed by Tampa with a 30.8% increase, and Miami with a 28.1% increase. Sixteen of the 20 cities reported higher price increases in the year ending January 2022 versus the year ending December 2021.

“The strength in home prices continues to be very broadly based,” noted Lazzara. “All 20 cities saw price increases in January 2022, with prices in 16 cities accelerating relative to December’s report. January’s price increase ranked in the top quintile of historical experience for 19 cities, and in the top decile for 17 of them.” 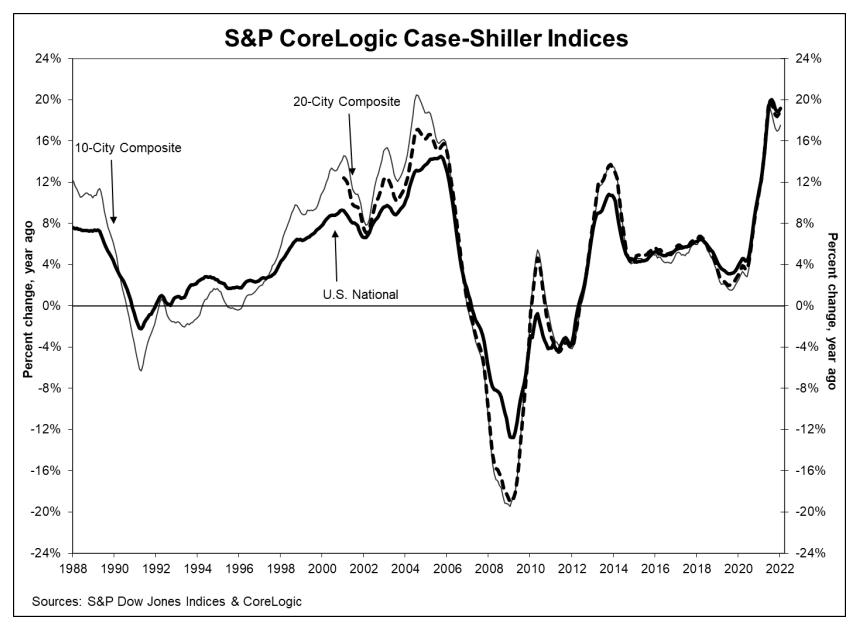 “The world has changed considerably since the start of the year, with a host of events shuffling the economic and real estate landscape,” said George Ratiu, Senior Economist & Manager of Economic Research at Realtor.com. “Globally, Russia’s invasion in Ukraine destroyed human lives, cities and roads, along with a long stretch of relative stability in Europe. The continuing war is impacting global trade and leading to renewed disruptions in supply chains. Domestically, inflation surged at levels not seen since the 1980s, prompting the Federal Reserve to take decisive action to increase the funds rate and signal a much more aggressive monetary tightening, which may include higher rate changes and balance sheet reductions in the months ahead.”

Higher mortgage rates are just one of the effects of the increase in Fed funds rates, as Freddie Mac reported fixed-rate mortgages averaging 4.42% for the week ending March 24, 2022, up from the previous week when they averaged 4.16%.

Lazzara added, “The macroeconomic environment is evolving rapidly. Declining COVID cases and a resumption of general economic activity has stoked inflation, and the Federal Reserve has begun to increase interest rates in response. We may soon begin to see the impact of increasing mortgage rates on home prices.”