First American Financial Corporation [1] has released its latest iteration of their Real House Price Index [2] (RHPI) for January 2022, which measures the price changes of single-family properties across national, state, and metropolitan areas, which are adjusted based on income, interest rates, and home-buying power. The ultimate goal of this is to provide a clearer picture of housing affordability.

“In the first report with 2022 data, the RHPI jumped up by nearly 27%, the fastest growth in the RHPI since 2004. This rapid annual decline in affordability was driven by a 21.7% annual increase in nominal house prices and a 0.7 percentage point increase in the 30-year, fixed mortgage rate compared with one year ago,” said Mark Fleming [3], the Chief Economist at First American. “Even though household income increased 5% since January 2021, it was not enough to offset the negative impact on consumer house-buying power from higher rates and fast rising nominal prices.”

“In the near term, affordability is likely to wane further nationally as rising mortgage rates and increasing house prices continue to outpace gains in household income,” said Fleming. “However, it’s helpful to put affordability in historical context.” 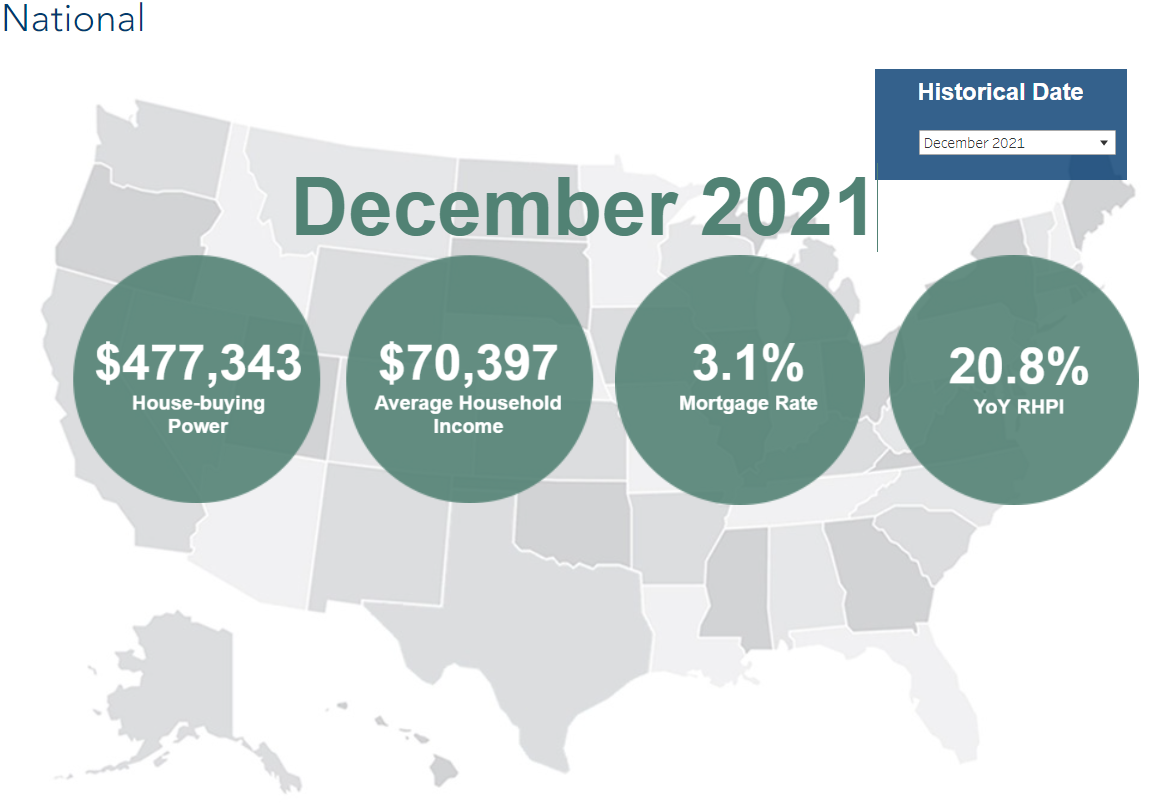 All that being said, homes today are statistically more affordable than they were during the 2006 market peak.

“Nationally, real, house-buying power-adjusted house prices remain 29% below the peak in April 2006. While consumer house-buying power declined in January 2022, it remains near record levels and more than double the level of consumer house-buying power in April 2006 thanks to higher household income and significantly lower mortgage rates,” Fleming said. “Household incomes today are nearly 48% greater than April 2006 and the average mortgage rate is over 3 percentage points below its April 2006 level. In fact, real house prices nationally are at the same level they were in 2000. But real estate is local, and the recovery from the housing boom and crash varies by market, so where has affordability improved the most compared with the prior peak?”

Answering that question, in every market tracked by the RHPI (and there are 50 of them) homes are now more affordable than the previous housing boom peak.

“According to our house-buying power-adjusted RHPI, homes are 34% more affordable on average across all 50 markets than their respective RHPI peaks,” Fleming continued. “While the supply-demand imbalance in today’s housing market continues to fuel strong house price appreciation across the country, the dramatic increase in house-buying power relative to 2006 driven by lower mortgage rates and higher incomes has more than made up for it. In fact, in four cities homes are more than 50% more affordable today than at their prior RHPI peak.”

“Homes are less affordable than they were a year ago, but nationally and in most markets they remain much more affordable than at the peak of the previous housing boom in 2006,” Fleming concluded. “House prices are widely expected to continue to increase, although at a slower pace, and mortgage rates are likely to rise, so it’s likely that affordability will decline further, but in most markets we’re still a long way from the mid-2000s boom.”

Other highlights found by the report include: