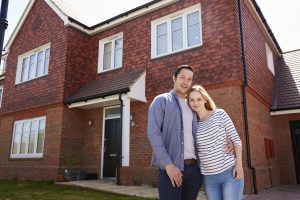 Young adults are 3.5 percent less likely to own a home now than they were before the Great Recession, according to a working paper released by Fannie Mae on Thursday. Additionally, the homeownership rate among this demographic has dropped from 45 percent to 35 percent.

The paper, titled “The Shifting Determinants of Young-Adult Homeownership Before and After the Great Recession,” analyzed factors like race, income, education and more on the homeownership rates of young adults aged 25 to 34, as well as trends among the age group.

According to the paper, “more than half of the decline in homeownership among young adults can be explained by individual, parental, and regional characteristics.”

But while overall homeownership rates are lower with young adults today, the paper found there are factors that increase a person’s likelihood to buy. Education, in particular, is a positive influencer.

“Having a bachelor’s degree or higher is associated with a 6 percentage point increase in the likelihood of homeownership, compared with someone who lacks a high school diploma,” the report stated.

But this wasn’t the case before the Great Recession. This may be, the paper posited, because education is a proxy for permanent income or financial literacy.

“Education might also proxy for financial literacy, which could help young households navigate the home purchase and mortgage finance processes,” the paper reported.

According to the paper, educational attainment improves the likelihood of homeownership rates across all races, but particularly blacks and non-Hispanic whites.

View the whole paper at FannieMae.com.