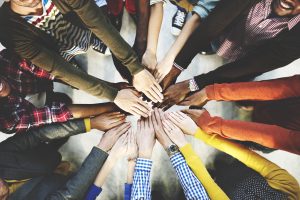 Minority representation in FHFA’s workforce is gaining a foothold, according to a report from FHFA.gov.

Established last December, the newly developed comprehensive D&I Report of Examination is another step in cementing the agency’s commitment to more effective oversight of the D&I programs of its regulated entities in all business and activities. The ROE’s newly implemented D&I Composite Rating will better inform FHFA’s assessment of the regulated entities' D&I programs and their performance.

In a September 2020 report assessing FHFA’s oversight of Fannie Mae and Freddie Mac, the Government Accountability Office found both “made progress in implementing the diversity and inclusion requirements" of FHFA's Minority and Women Inclusion rule. No findings or recommendations were included.

The House Financial Services Committee in 2020 held a hearing to review data on diversity and inclusion within banking institutions in the U.S.

Waters added that she hoped the hearing brings diversity “out of the shadows and into the light.”

The Hispanic workforce in America averaged 16% and Asians accounted for 6%.