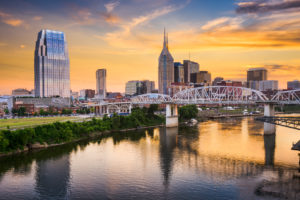 As home prices rise across the country, which cities can a middle-class homebuyer look at to purchase their home? A study by Realtor.com looked at metros that have the highest share of homes on the market priced just right for the middle-class homebuyer to list the 10 best cities where homes for this population were affordable.

For the analysis, the team at Realtor.com identified the middle class in each of the nation’s 100 largest metros on the basis of the median household income for each area. Then they determined what these potential buyers could afford to spend on a 30-year fixed-rate mortgage with a 20 percent down payment and a 5 percent mortgage interest rate. The study assumed that those on the lower end of the income scale would pay at least 25 percent of their income, while those at the top end of the income scale would not pay more than 28 percent.

With four cities on the best list, Texas is perhaps a middle-class haven indeed. While Austin came in third in the overall rankings with a middle-class home price ranging between $216,100 and $564,800 and around 70 percent of homes in the city within this range, El Paso was fifth on the list with 69.2 percent homes affordable for the middle class, San Antonio ninth with 66 percent of homes in the city within a middle-class buyer’s price range, and Dallas rounded up the top 10 with 63 percent homes available within reach of the middle-class. Other cities to make it to the best cities list included Raleigh, North Carolina; Lakeland, Florida; and Boise, Idaho.

Previous: CFPB’s Mulvaney: “The Bureau is Far Too Powerful”
Next: Cashing Out Through Refinance