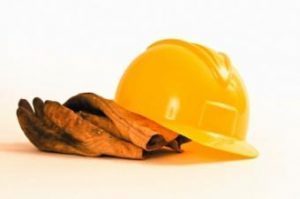 Single-family construction spending rose from $254.4 billion in January to $257.5 billion in February. In February 2016, single-family spending was at just $248.9 billion, marking a 3.4 percent jump over the year.

Census data showed that in total, construction spending for the month of February was $1,192.8 billion--nearly 1 percent higher than in January and 3 percent higher than a year previous. The first two months of 2017 have marked a 3-percent jump since the same period of 2016, the Census' report stated.

According to FX Street writer Mike Shedlock, though the numbers are up this month, they don’t quite represent construction growth.

“Construction spending, up 0.8 percent in February,” he wrote, “was a bit weaker than the Bloomberg Econoday Consensus estimate of 1.0 percent. However, the Census Department revised January from -1.0 percent to -0.4 percent, so the report was a bit stronger than it appears on the surface.”In addition to jumps in both single- and multi-family construction, the NAHB stated that spending on home improvements was up, too, rising 2.7 percent over January and nearly 10 percent over the year.

Read the full report at Census.gov.