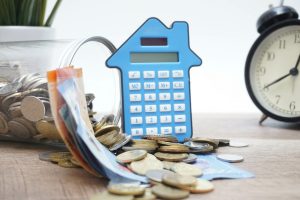 A new study of 2021 home sales, authored by Zillow Economic Data Analyst Dan Handy, has found that homes sold on a Thursday during the second half of April is the best time to list a home for sale. Zillow found that homes listed during those weeks can expect to fetch 2.8% more, or approximately $9,300 more, on the typical U.S. home. Homes that were listed on any Thursday, when shoppers are planning for weekend showings, sold for approximately $1,100 more.

Conversely, nationwide, the worst time to list a home is during the first two weeks of November, when homes sell for a 3.5% discount.

"With inventory as low as it is, home sellers can expect a quick sale pretty much year-round," said Zillow Economist Nicole Bachaud. "Even as frantic buyers are snapping up homes days after they hit the market and often bidding them up above list price, there is still value to be had by listing a home during the right time of year, which is in the spring in most cases. This is a friendly market for sellers, but those who are simultaneously buying need a firm grasp on the right tools and strategies to win their next home."

The study found that the potential price benefit from listing a home at the right time has grown, as home values have increased. Listing during the best or worst times of the year can impact a sale price by as much as $21,000, compared to a difference of $12,500 before the pandemic. 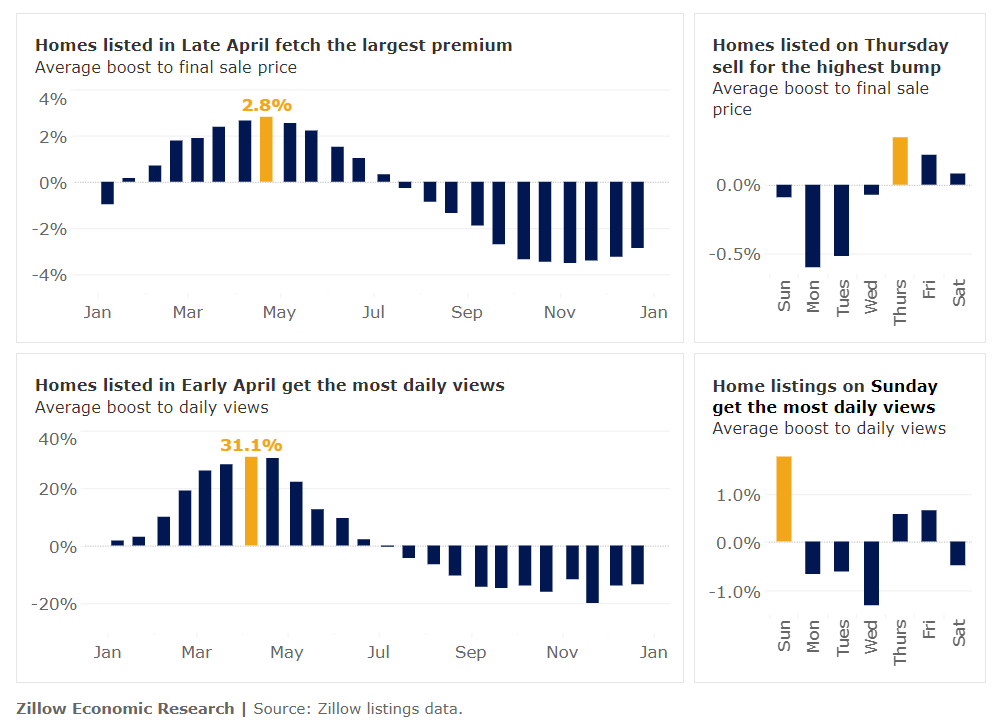 As Redfin recently noted, the median home sale price was up 17% year-over-year to a record high of $382,713 in March 2022—marking the biggest jump since the four weeks ending Aug. 1, 2021. Meanwhile, the median asking price of newly listed homes increased 15% year-over-year to a record high of $399,450, a slowdown from February, when asking prices were rising at an annual rate of roughly 16%.

According to Zillow’s data, if 2021 trends hold true this year, among the 35 largest metro areas, San Francisco, San Jose, Portland, and Austin would have seen the best time to list a home to be as early as the second half of February. Los Angeles, where winter weather does not slow buyers, has the latest ideal time to list; those who listed their home in late December last year saw the biggest price benefit, just edging out late March. Los Angeles metro inventory was 20% lower in December than March, likely contributing to increased demand for each home.

Realtor.com has reported the number of active listings nationwide currently sits at 381,950 in March, down 18.9% year-over-year, and is also down 62.3% year-over-year, right during the onset of the COVID-19 pandemic which began in March 2020—for every five homes that were for sale before the pandemic, there are only two homes available today. In addition, new listings were down 3.4%, and the median number of days a home was on the market stood at 38, down 11 days from just one year ago.

Regardless of when they are listed, homes are selling quickly, as the difference between the periods with the fastest sales (late January through April) and slowest sales (August) was only three days last year, compared to a difference of 12 days in 2019 found Zillow.

Click here for more info on Zillow’s study of the best time to sell a home.