Fair Housing Still a Concept More Than a Reality 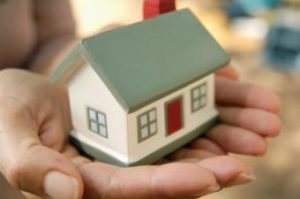 Half a century after the passage of the Fair Housing Act of 1968, Trulia has released a sobering report showing that racial and ethnic minorities still face fewer opportunities and greater burdens in housing than others.

According to Trulia, blacks and Latinos own homes at a lower rate than whites and Asians, spend more of their income on rent, and continue to contend with residential segregation. Nationally, in fact, the homeownership gap between all households and black and Latino households has changed little since 1970.

Homeownership rates among black households suffered the most in Rust Belt metros in Michigan and Ohio, and in markets hit hardest by the housing crisis, such as Bakersfield and Fresno.

Residential black-white segregation did decreased in 94 of the largest 100 metros from 1980 to 2015, Trulia reported. The biggest drop in segregation happened in Florida, chiefly Fort Lauderdale, Sarasota, and Cape Coral. Texas saw the biggest decrease in white-Latino segregation, mainly in El Paso and San Antonio.

While the overall picture of housing equality has shown some bright spots over the past 49 years, Trulia’s conclusion is that there is considerably more work to still be done.

“Identifying where progress has been made and where Americans continue to face impediments to securing safe and affordable housing is the first step to furthering housing opportunities for communities and ensuring they remain economically resilient,” the report concluded.