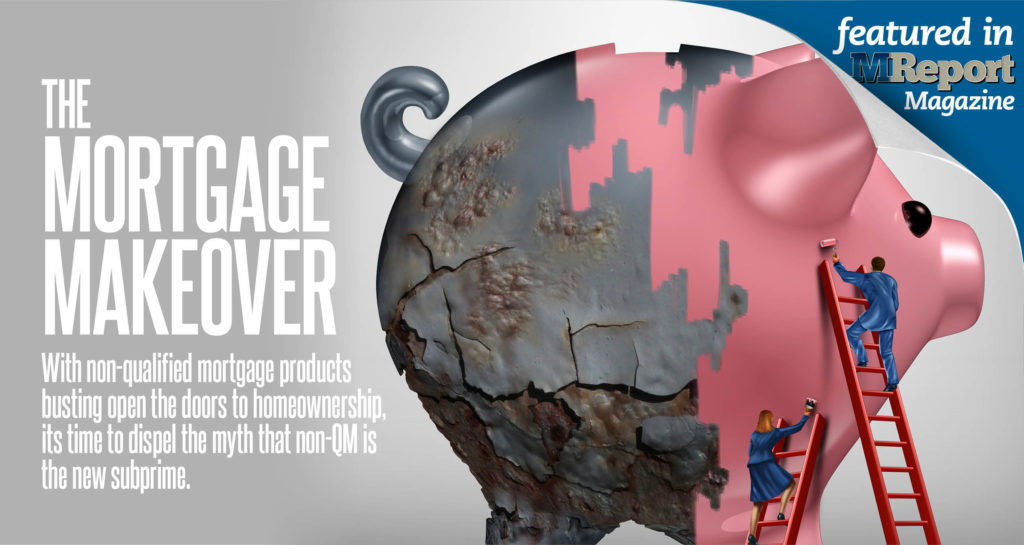 For the past few years, there has been pent-up excitement about credit expansion to make homeownership more accessible for credit-worthy consumers. It is not difficult to understand why with mortgage rates at an all-time low and no shortage of first-time buyer programs with relatively low down payment requirements. Also, the economy is more favorable than it has been in years. And yet, home sales and mortgage volumes seem overwhelmingly “blah.” What exactly is holding back the would-be homeowner?

Overly-stringent credit requirements continue to needlessly prevent millions of Americans from building wealth through homeownership. As property values continue to rise, legions of prospective borrowers remain sidelined. Many of these borrowers are qualified for loans but think they are not, so they don’t even try.

For many borrowers, the most significant challenge is to figure out a way to ease wrinkles in credit history as past foreclosures carry the most weight. There have been more than 20 million foreclosures since 2010, most of which involved more than one borrower. That means as many as 40 million Americans cannot qualify for a traditional Fannie Mae loan.

Typically, consumers must wait seven years for a past foreclosure to clear before they can qualify for conventional financing. Foreclosure volumes peaked before 2014. Since then, many people who had a foreclosure have had an opportunity to stabilize their finances and re-established their credit.

The great news is that there is an increasing number of non-Qualified Mortgage (QM) products that allow as little as 12 months since a past foreclosure or default. This new trend promises enhanced homeownership opportunities for millions of previously troubled borrowers.

There is a prevailing perception that past credit issues can doom one’s chances at future homeownership. There is also a general lack of understanding about non-QM mortgage products, which many lenders consider overly risky when the market is in a recovery phase. These negative perceptions will not disappear overnight—but there are brighter days ahead.

Since the term “non-QM” was coined in 2014, most banks and Wall Street companies have shied away from the non-QM loan segment, and many have opted not to offer such products altogether. Consequently, we saw few rated non-QM securitizations last year. But that is likely to change in 2018.

Over the past two years, in fact, the industry has seen a slow yet steady expansion of non-QM products as creditor overlays decreased. Today, there is a much greater product mix available to lenders, particularly in the wholesale and TPO markets. Brokers are also back, now that they have a more extensive selection of investors for partnership. There has even been a healthy infusion of new products that allow less stringent appraisal requirements, higher loan balances and minimal reserves. New products that allow non-occupant co-signers are back, too.

After the housing crash, there was a gap in the market making it difficult for self-employed people, including those with home equity and plentiful reserves, to obtain home loans. With the new bank statement programs, this gap is closing for people who may have complicated business returns, but their strong business and personal bank accounts ensure capacity to service the debt. Also, there are asset dissipation loans for the rising number of baby boomers in their retirement stage. These individuals may have significant personal assets, but they do not have regular wages as investment assets make up the majority of their income.

With the slow acceleration of the non-QM sector, a buzz in the air suggests 2018 could be the breakout year many of us have been waiting for. The increasing number of non-QM securitizations, backed by breakthroughs in credit decision-making, also point to further signs of life. All of this is taking place without pushing too many envelopes or any overly aggressive risk-taking from a loan quality standpoint. The industry is making robust and supportable underwriting decisions and forging strong matches between products that offer broader credit requirements to deserving borrowers.

In the near future, credit will remain tight overall. But if securitization continues to expand–and I believe it will–we will start to see more significant players like BlackRock and Goldman stepping into the non-QM space. If that happens, the market could really take off, and we shall be able to place millions of credit-worthy consumers into homes they can afford to keep for decades.

It may be impossible to predict when the non-QM market will finally become established in the way most of us hope it will. In the meantime, those of us who look forward to a greater, responsible expansion of mortgage credit need to stay on top of the constantly increasing lineup of non-QM options and educate our organizations, partners and customers on when, why and for whom they work.

As it stands, most lenders still think of non-QM loans as the “new subprime.” They perceive it fit for credit-challenged borrowers only. In reality, non-QM loans can be an excellent choice for borrowers who have perfect credit but fall short on some other component of the mortgage qualification puzzle. For example, millions of self-employed Americans are currently unable to qualify for traditional mortgage owing to insufficient income documentation. Many such borrowers have multiple tax write-offs that make it impossible to qualify for a standard, full-doc loan. Though many lenders consider non-QM products as inherently risky and may not give thoughtful consideration to self-employed borrowers, nonQM underwriting has become more nuanced, so borrowers with the right combination of loan-to-value (LTV), credit score and debt-to-income (DTI) are seeing lower interest rates.

But regardless of where the market takes us, it is critical for lenders to be forward-thinking in determining a borrower’s income and look for new ways of qualifying borrowers that make sense. As previously mentioned, one method that is beginning to take hold is using a borrower’s historical deposits in their bank accounts as an alternative to income documentation. Currently, most non-QM programs allow 12 or 24 months of bank statements for self-employed borrowers, so it can be done.

The fact is we are nowhere near seeing the potential of non-QM loan products. But they are coming—not as quickly as many of us have hoped, but quite possibly faster than most think. That will be great news for the millions of otherwise deserving consumers who want to live the American Dream, as well as those who thought they did not have a second shot at homeownership. Lenders who play it smart with non-QM products will uncover millions of sales opportunities on a path to a healthy, full-bodied housing market we have been anticipating.

JOE LAM is the sales manager for Planet Home Lending, LLC. A 27-year industry veteran, Lam has managed over $12 billion in mortgage originations over the course of his career. He started his own non-QM journey in 2012 and has designed and implemented many of the current non-QM products that exist today. He can be reached at jlam@planethomelending.com.

Previous: How Will Falling Rates Affect Homebuyer Sentiments?
Next: Eye on the Industry: Updates on Wells Fargo, Doc Magic and More …

JOE LAM is the sales manager for Planet Home Lending, LLC. A 27-year industry veteran, Lam has managed over $12 billion in mortgage originations over the course of his career. He started his own non-QM journey in 2012 and has designed and implemented many of the current non-QM products that exist today. He can be reached at jlam@planethomelending.com.