Depleted Home Inventory Locking Many Out 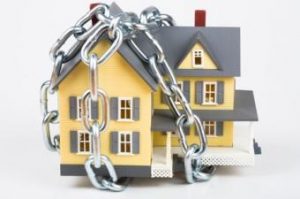 Black Knight’s latest Home Price Index has found home prices up 11.6% in February, hitting their highest annual rate in more than 15 years. Also rising at an equally-paced clip, median single-family sales prices rose 15.9% year-over-year in February. The rise in home prices, along with the uptick in mortgage rates, has driven affordability to its lowest point since mid-2019.

Black Knight found that it now takes 20% of the median household income to make monthly payments on an average-priced home–back to the five-year average, but still stronger than the 20-year average of 23.4%. In January and February, it was found that there were 125,000 fewer listings compared to 2020, pushing home for-sale inventory 40% below last year’s level.

“Of course, upward pressure on home prices has also served to tighten affordability, and with rates on the rise, affordability concerns are coming into sharper relief,” said Black Knight Data & Analytics President Ben Graboske. “It now takes 20% of the median income to make the monthly payment on the purchase of an average-priced home, back up to the five-year average after several years of low interest rates mitigating the impact of rising prices on affordability. Housing is now the least affordable it’s been–factoring in interest rates, home prices and income–since mid-2019. Any hopes of 2021 bringing an influx of homes to the market and lessening pressure on prices appear to be dashed for now, as new for-sale listings were down 16% and 21% year-over-year in January and February, respectively. Rather than an influx of homes on the market, we’re now 125,000 fewer new listings in the hole compared to the first two months of 2020 and trending in the wrong direction. With higher interest rates and a continuing shortage of inventory, it will be important to keep a careful eye on both home prices and affordability metrics in the coming months.”

In the Los Angeles metro market, even with 30-year rates at 3.17% as they stood in late-March, it requires 43.6% of the median monthly income to make mortgage payments on the median-priced home purchase when putting 20% down–well over twice the national average.

"The uptick in mortgage rates is likely fueling more bidding wars in the short term because house hunters are rushing to buy homes before rates rise even further,” said Redfin Chief Economist Daryl Fairweather in a recent report. "If mortgage rates move significantly higher, we’ll likely see some buyers move to the sidelines, which will curb competition in the long run."

Previous: Most Americans Believe Homeownership is a Solid Investment
Next: How Digital Mortgage Processing Can Keep the Industry Afloat