Home >> Daily Dose >> Unemployment, Job Growth Both Down in March

Unemployment, Job Growth Both Down in March 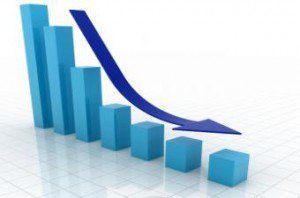 Unemployment numbers dropped in March, but so did the overall rate of job growth for the fist time in nearly a year, according to the latest U.S. employment report by the Federal Bureau of Labor Statistics (BLS).

The unemployment rate declined to 4.5 percent in March, a modest drop of 0.2 percent.

Doug Duncan, chief economist at Fannie Mae, said “both the official unemployment rate and the broadest measure U-6 rate slipped to fresh expansion lows, while the employment-to-population ratio increased to a new expansion best.” But he also called the BLS report “a tale of two surveys,” given the better unemployment numbers but also the less impressive growth rate of new jobs.

There were 98,000 new jobs created, with an uptick in professional and business services and in mining. While the numbers are strong, retail trade lost jobs, and March marked the first time since last May that monthly new job growth fell below 100,000.

Likewise, Lindsey Piegza, chief economist at Stifel, called the report “a mixed bag, to say the least.” Past the unemployment/growth dip, Piegza pointed out that “wage growth, one of the key factors of labor market strength from the Fed’s perspective, slipped marginally to 2.7 percent, suggesting waning support to earnings as we head into the second-quarter of the year.”

Mark Fleming, chief economist at First American, however, reminded that there’s been a longstanding growth in the labor force.

Construction employment remained largely flat in March, up 6,000, following a gain of 59,000 in February. “Employment in construction has been trending up since late last summer, largely among specialty trade contractors and in residential building,” BLS reported.

One possible reason for the lackluster March growth numbers, said Curt Long, chief economist at the National Association of Federally-Insured Credit Unions, could be the effects of Winter Storm Stella, which pounded the eastern U.S. after an otherwise unseasonably mild January and February.

“Weak readings in the construction and retail sectors likely owed something” to the storm he said. “Additionally, there was a larger-than-normal discrepancy between the modest gains in the payroll survey and those of the household survey and ADP estimate, which were far stronger.”

Long said he would not be surprised to see a strong bounce-back in April, as well as upward revisions to the March figure.

Fleming said construction employment needs to expand to increase the pace of housing starts and expand the housing stock. He said that adding only 6,000 sector jobs was a disappointment.

“The pace of construction job growth has been declining on a year-over-year basis since the beginning of 2016,” he said. In recent months averaging only 2-3 percent.”

He added that home builders are reporting that the lack of construction workers is hampering their ability to build homes, a problem in today’s low-inventory environment.

“In fact,” he said, “we have been underbuilding residential housing relative to demand since 2009.”

Duncan said the March report, overall, “offered additional evidence of the ongoing disparity between the subdued hard economic data and upbeat consumer and business sentiment. But we believe that economic activity, including hiring, will pick up this quarter from a temporary lull, keeping the Fed on track for two more hikes this year.”