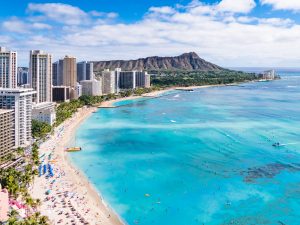 A study by LendingTree [1]revealed that the states of Hawaii, California, and New York have the most expensive mortgage payments, far surpassing the national average of $1,159.

Iowa and Indiana were found to have the most affordable mortgage payments at $970 and $980, respectively. A mortgage payment in Iowa makes up 14.6% of a homeowners’ monthly income, which is $6,622.

Homeowners in New Jersey had the highest average income at $9,859, but have an average mortgage payment of $1,367.

Mortgage payments could soon be rising as CoreLogic’s Home Price Index (HPI) [2]found that home prices rose 4.1% annually in February, which is slightly higher than the 4% gain in February 2019.

Idaho, once again, led the nation in annual appreciation at 11.4% in February. New Mexico was a closed second at just over 9%.

Connecticut was the only state to report home price decrease at 0.6%. Prices in 41 states, including the District of Columbia, have risen above their pre-crisis peaks.

Freddie Mac's latest Primary Mortgage Market Survey [3], however, found that the average rate for a 30-year fixed-rate mortgage was 3.33%.