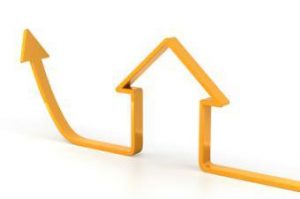 A growing optimism among homebuyers especially on home prices remaining stable has spurred the numbers on Fannie Mae’s Home Purchase Sentiment Index (HPSI) to rise 2.5 points in March to 88.3. Compared to the same period a year ago, the index increased 3.8 points.

According to the data released for March consumer sentiment became positive on home buying, selling, and prices. The net share of respondents who said that now was a good time to buy, increased 10 percentage points to 32 percent compared to February; the share of respondents who reported that now was a good time to sell also increased by 3 percentage points to 39 percent during the same period and matched the survey high of June 2017.

“The HPSI’s recent run of volatility continued in March, as it recovered last month’s loss and remained within the five-point range of the past twelve months,” said Doug Duncan, SVP and Chief Economist at Fannie Mae. “The primary driver of this month’s increase was the sizable rise in the net share of consumers who think it’s a good time to buy a home, which returned the indicator to its year-ago level. On the whole, a slight majority of consumers continue to express optimism regarding the overall direction of the economy.”