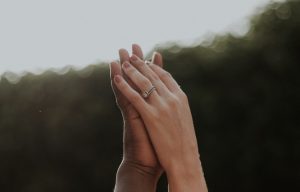 The Senate Committee on Banking, Housing, and Urban Affairs will host a Webcast hearing titled, "Separate and Unequal: The Legacy of Racial Discrimination in Housing," set for Tuesday, April 13 at 10:00 a.m. ET.

Despite laws on the books to protect against discrimination, members of disadvantaged groups have historically had a tough time achieving the American dream of homeownership. A report from the U.S. Department of Housing & Urban Development (HUD) titled “Housing Discrimination Against Racial and Ethnic Minorities” found the continued existence of racial disparity in the market.

“Although the most blatant forms of housing discrimination (refusing to meet with a minority home-seeker or provide information about any available units) have declined since the first national paired-testing study in 1977, the forms of discrimination that persist (providing information about fewer units) raise the costs of housing search for minorities and restrict their housing options,” said HUD in the report. “Looking forward, national fair housing policies must continue to adapt to address the patterns of discrimination and disparity that persist today.”

Senate Banking Committee Chair Sherrod Brown (D-OH) will lead a panel of experts at the hearing, including:

“When a hard day’s work doesn’t even pay your bills, saving for a down payment just isn’t a reality. And it’s not just renters,” said Sen. Brown. “Today, more than one-in-five homeowners are still paying more than one-third of their income for housing. The number of lower income homeowners has continued to shrink. And most concerning of all, perhaps–the Black homeownership rate is as low as it was when housing discrimination was legal.”

Click here to register for the Senate Banking Committee webcast “Separate and Unequal: The Legacy of Racial Discrimination in Housing.”