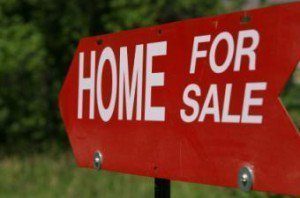 Home values are going to continue their upward trend over the next year, appreciating an estimated 3.5 percent, according to the recent VeroFORECAST released by Veros. Only a mere 4 percent of U.S. markets will likely see depreciation.

A forecast of the 12-month period from March 1, 2017, to March 1, 2018, VeroFORECAST predicts an average 3.5 percent jump in home prices across the country—a rate that’s slightly down from its last forecast, which estimated a 3.7 percent uptick in appreciation. VeroFORECAST releases its findings quarterly.

Despite the slight difference in appreciation predictions, the top markets were largely the same across both forecasts, with the Northwestern U.S. claiming nine out of the top 10 metros for growth. Seattle and Denver took the No. 1 and No. 2 spots once again, with estimated appreciation rates of 10.7 percent and 9.6 percent, respectively. Portland and Eugene, Oregon, and Fort Collins, Colorado, rounded out the top five markets, which ranged anywhere from 8.1 percent to 10.7 percent in predicted appreciation.

“The Seattle market remains strong with a supply of homes at barely over one month, continued population growth, and unemployment at only 4.2 percent compared to the national rate of 4.8 percent,” said Eric Fox, VP of Statistical and Economic Modeling at Veros. “Similarly, Denver’s supply of homes is tight at 1.2 months. This, coupled with its modest unemployment rate of 2.8 percent and rapid population growth, makes Denver one of the strongest markets in the U.S.”

Parts of Florida and Texas—particularly the Dallas and Austin markets—are predicted to see similar trends as well, Fox said, but there are many markets where appreciation won’t be so great, especially ones that are typically on the higher-priced end.

“The big news is that, despite the overall market strength, interest-rate sensitive markets are starting to show signs of cracking,” Fox said. “These markets are predominantly very expensive, and interest rate increases significantly soften demand for consumers on the margin of affordability.”

The Bay Area of California is a prime example, Fox said.

‘San Francisco is forecast to appreciate only 4 percent in the next year, which is down from last quarter’s forecast of nearly 6 percent,” Fox said. “San Jose shows a similar pattern, appreciating at slightly over 4 percent this quarter from more than 6 percent last quarter. The long-range forecast for these markets shows even stronger weakening, moving down to a mere 1 percent appreciation rate at the end of the 24-month horizon.”

Overall, Alabama is predicted to have the worst markets as the next 12 months progress, with Hot Springs depreciating 2.6 percent, followed by Fort Smith (-2.4 percent) and Pine Bluff (-2.1 percent.) Torrington, Connecticut, and Binghamton, New York, rounded out the bottom five markets with depreciation rates of 2 percent and 1.8 percent, respectively.

“Consistently, the worst performing markets in the country are areas where population trends have either been flat or on a steady decline for years,” Fox said.