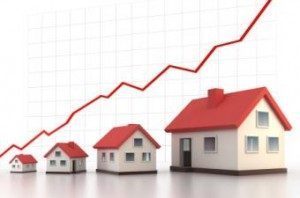 Investment home sales jumped drastically in 2016, climbing 4.5 percent from previous year, according to recent data from the National Association of Realtors.

Released on Tuesday, the NAR’s 2017 Investment and Vacation Home Buyers Survey revealed that investment home sales increased from 1.09 million in 2015 to 1.14 million the next year, despite rising home prices.

According to NAR, the median investment-home sales price last year was $155,000—the highest it’s been since 2005 and a jump of 8 percent over 2015. But though prices rose, investors kept coming to the table—likely due to low mortgage rates, said NAR chief Economist Lawrence Yun.

“Sales to individual investors reached their highest level since 2012—1.20 million—as investors took advantage of record low mortgage rates and recognized the sizeable demand for renting in their market as renters struggle to become homeowners,” Yun said. “The ability to generate rental income or remodel a home to put back on a market with tight inventory is giving investors increased confidence in their ability to see strong returns in their home purchase.”

In 2016, 44 percent of investors either rented or tried to rent their investment home on a short-term basis. Another 21 percent say they intend to do so this year. Investors gravitated toward single-family homes, particularly those in the South and in suburban areas. The typical investment buyer had a household income of $82,000.

As investment sales rose, vacation home purchases plummeted, dropping 21.6 percent over 2015. This makes the second consecutive year of decline and their lowest point since 2013.

“In several markets in the South and West–the two most popular destinations for vacation buyers–home prices have soared in recent years because substantial buyer demand from strong job growth continues to outstrip the supply of homes for sale,” Yun said. “With fewer bargain-priced properties to choose from and a growing number of traditional buyers, finding a home for vacation purposes became more difficult and less affordable last year.”

View the full report at NAR.realtor.

Previous: Millennials Are on the Move
Next: Immigrants Sped-up Housing Recovery