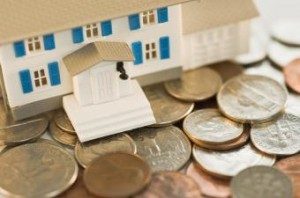 The twin realities of the current U.S. housing market‒‒rising home prices and shrinking inventories in nearly every metro‒‒are increasingly putting homes out of reach for middle-income workers within their cities, according to a new report by Trulia.

“That means that the median worker would have to spend 42 percent of their income on mortgage payments if they bought a median-priced home, up six percentage points from two years ago,” the report stated.

Some professions, chiefly restaurant workers, Trulia reported, are in greater danger of been shut out of the market in the cities where they work. Restaurant workers nationally make a median income of about $20,000 a year, which means that they “could afford less than 10 percent of the available homes in 56 of 93 major metros,” the report stated.

In Dayton, Ohio, the metro considered most affordable in the country with a median house price of $129,000, restaurant workers could afford 32 percent of homes on the market. However, in San Francisco, where median homes sell for more than $1.2 million, 0 percent of restaurant workers (who make almost $30,000 a year) can afford to buy into the city.

Trulia also followed the median incomes of doctors (capped at $208,000, regardless of market), teachers, and police first responders, such as police officers, in almost 100 markets. The study found that teachers and first responders in the coastal California metros such as San Francisco, Los Angeles and San Diego, as well as in Austin, Denver, and Honolulu, are increasingly unable to afford homes in the cities where they work.

In San Francisco, the city’s first responders can afford a scant 2.6 percent of houses; teachers can afford less than a half-percent of available homes. Even doctors, the study found, have trouble affording homes in the city. Roughly 41 percent can afford to do so.

By contrast, doctors can afford 99 percent of Dayton’s houses; teachers and first responders can afford more than three-quarters of houses on the market there.

However, Trulia did find some wiggle room in the numbers.

“While large shares of available homes remain unaffordable to teachers, first responders, and restaurant workers in some the nation’s biggest markets, there are pockets of affordability in even the most expensive metros,” the report stated. “In the East Bay in the San Francisco Bay Area, or the Oakland metro area, 8.2 percent of homes are affordable to teachers. Many of these homes are located in Bay Area cities such as Antioch, Hayward, and Union City. Meanwhile, first responders and doctors have even more options with 24.3 percent and 76 percent of the market affordable, respectively.”