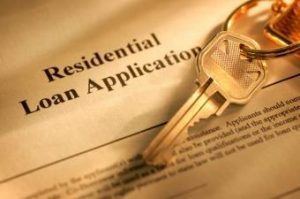 Confidence in the continued strength of the home buying market is high among mortgage industry professionals who in a new survey indicate near unanimous belief that the final three quarters of 2017 will bring increasing volumes of mortgage purchases that are led by Generation X and millennials.

The mortgage market is expected to grow particularly fast among first-time home buyers buoyed by perceived economic improvement, with about three in five surveyed lenders anticipating an increase in new homeowners entering the market, according to results of the 2017 Lenders One Mortgage Barometer.

The Lenders One survey of 200 mortgage lending professionals aligns with a recent report from the National Association of Realtors (NAR) that found the share of sales to first-time home buyers grew in 2015 and 2016 to its highest level since 2013. The NAR report said first time buyers accounted for 33 percent of the market in January and 32 percent in February.

While the mortgage market is displaying strength, lending professionals will need to tailor efforts to reach potential buyers who may be considering financing larger homes in anticipation of utilizing rental income to help offset consumer debt, which the Lenders One survey respondents cited as the highest risk factor for 2017 (41 percent).

“Housing inventory remains limited and interest rates have increased sharply since the election,” said Bryan Binder, chief executive officer of Lenders One. “To be successful in this environment lenders need to focus on the purchase market and new innovation to replace lost refinancing volume. Lenders must also focus on tools and solutions to help them improve operating efficiencies within their businesses.”

The Lenders One Mortgage Barometer is the second annual survey by The Lenders One Cooperative, a national alliance of independent mortgage bankers, correspondent lenders and suppliers of mortgage products. The survey was conducted by research firm Ebiquity between January 4 and January 14.