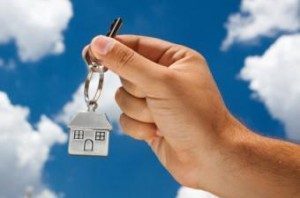 Looking to buy or invest in single-family housing? Tampa, Florida, is your best bet. According to the Top Single-Family Housing Markets Report released on Wednesday, the sunny city is the No. 1 single-family market in the country.

Published by Ten-X, an online real estate marketplace based out of California, the quarterly list ranks the country’s 50 biggest housing metros according to their single-family market’s health—and its forecasted health going forward.

At the top of the list were Tampa, Florida; Dallas; Columbus, Ohio; Las Vegas; and Jacksonville, Florida. According to a release announcing the list, each of these cities demonstrated “a vigorous combination of consistently strong demand, home price appreciation, and economic and demographic growth.”

Tampa and Dallas have claimed top spots in past reports, but both jumped three spots this quarter, while Columbus rose a whopping seven. Some of the top-ranking cities were quite surprising, according to Ten-X Executive Vice President Rick Sharga.

"This quarter's housing report had a few surprises, showing how a market's housing outlook can ebb and flow depending on changes in some of the underlying fundamentals," Sharga said. "For example, Columbus bucked the downward trend we're seeing in many other Midwestern markets due to population and job growth, while cities that formerly ranked highly in our analysis, like Los Angeles and San Francisco, are beginning to show signs of weakness due to prices that have risen high enough to impact affordability."

Population growth, a healthy job market, and lots of housing demand helped Tampa, Jacksonville, and Las Vegas reach the top. In fact, employment in Tampa is up 3.1 over the year and has seen similar growth for the last five years.

As for Dallas, its residents can thank its “more diversified local economy—a factor that has helped strengthen its housing market, despite the uncertainty surrounding oil prices.” Home prices in Dallas are actually at an all-time high at the moment, jumping 10.6 percent over last year and rising for 20 consecutive quarters.

According to Ten-X Chief Economist Peter Muoio, as jobs and wages continue to grow in these metros, the housing market should follow suit.

"The U.S. economy remains in expansion, despite potential political and international turbulence," Muoio said. "The labor market, in particular, has gotten off to a strong start in 2017, as job gains, low unemployment, and rising wages are fueling housing demand. While the housing market does face some headwinds, these top metros are performing well and have solid growth prospects thanks to great affordability and strong economic and demographic underpinnings."

Rounding out the top 10 on the list were Nashville; Raleigh, North Carolina; Orlando; Portland, Oregon; and Salt Lake City, Utah.