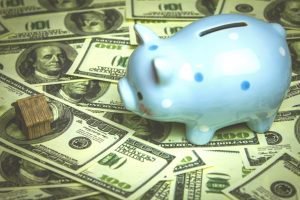 The first quarter earnings season kicked off with a bang on Friday with JPMorgan Chase, Citibank, and Wells Fargo announcing their financial results for Q1 that beat market expectations. Here’s how each bank performed during the quarter:

JPMorgan Chase announced record earnings for the first quarter reporting revenue of $27.9 billion during the quarter against $24.9 billion recorded during the same period last year. The bank’s average deposits were up 6 percent to $660 billion and its average core loans were up 8 percent.

“We have been outpacing the industry on consumer deposit growth while attracting significant net new money and growing client investment assets 13 percent,” said Jamie Dimon, Chairman, and CEO of JPMorgan Chase in a statement. Card sales and merchant processing volume both grew double digits, reflecting our investments in new products and innovation focused on our customers' needs.”

The bank’s net income increased 35 percent to $8.7 billion during the quarter. The bank said that its net interest income had risen 9 percent to $13.5 billion, driven by the impact of higher rates and loan growth and was partially offset by lower markets net interest income. However, lending remained flat during the quarter. “Despite client sentiment remaining high, the environment is intensely competitive and lending was flat for the quarter. Our asset and wealth management business delivered strong results, with long-term net inflows this quarter across all regions, even as volatility returned to the market,” Dimon said.

“Our first quarter results demonstrate strength and balance across our franchise and position us well for the rest of the year,” said Michael Corbat, CEO, Citi. “In addition to improving Citi’s return on capital, we maintained our focus on also improving Citi’s return on capital. During the quarter, we returned more than $3 billion in capital to common shareholders which helped drive a significant improvement in earnings per share.”

The bank said its net income increased 13 percent to $4.6 billion driven by higher revenues and a lower effective tax rate that was partially offset by higher expenses and cost of credit.

Wells Fargo’s earnings topped industry estimates despite a tough quarter for the financial bellwether. The bank reported a net income of $5.9 billion, which was up from $5.6 billion in the first quarter of 2017. While the bank’s revenue was down to $21.9 billion from $22.3 billion, it reported an increase in earnings per share of $1.12 compared with $1.03 in the same period last year.

“I’m confident that our outstanding team will continue to transform Wells Fargo into a better, stronger company; however, we recognize that it will take time to put all of our challenges behind us,” said Tim Sloane CEO, Wells Fargo. “During the first quarter, our team members continued to focus on our vision of satisfying our customers’ financial needs and helping them succeed financially. We also made progress on our priority of rebuilding trust with our customers, team members, communities, regulators, and shareholders.”

Wells Fargo said that the net income reported in the first quarter is subject to the resolutions of the CFPB/OCC matter and that its earnings performance included continued strong credit performance, liquidity, and capital levels. “We returned $4 billion to shareholders through common stock dividends and net share repurchases in the first quarter, up 30 percent from a year ago,” said John Shrewsberry, CFO, Wells Fargo. “Our capital remained well above our internal target, and returning more capital to shareholders remains a priority.”

Previous: Can Hybrid e-Closing Technology Really Help Lenders?
Next: Worries Over Interest Rates and Supply Have Industry on Alert