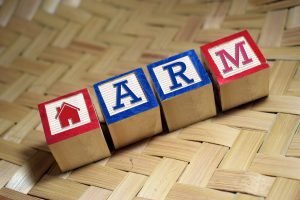 “Mortgage rates across all loan types continued to move higher, with the 30-year fixed rate exceeding the 5% mark at 5.13 percent–the highest since November 2018. Refinance activity, as a result, declined to the slowest weekly pace since 2019,” said Joel Kan, MBA’s Associate VP of Economic and Industry Forecasting.

As rates continue to climb, interest in refinances has dwindled immensely, as the refinance share of mortgage activity decreased to just 37.1% of total applications, down slightly from 38.8% the previous week.

And as interest is lost in refis, adjustable-rate mortgages (ARMs) are gaining in popularity, as the share of ARM activity increased to 7.4% of total applications this week.

“Higher rates are increasing borrower interest in ARMs,” added Kan. “Their share of applications last week was at 7.4%, which was the highest share since June 2019. In a promising sign of strong purchase demand amidst affordability challenges, both conventional and government purchase applications increased.”

CNBC reported that as inflation continues to climb, 47% of the public say the economy is “poor,” the highest number in that category since 2012. Meanwhile, just 17% rank the state of the U.S. economy as “Excellent” or “Good,” the lowest reading for this metric since 2014.

The rise in rates may also force the Fed to take more action terms of tapering the Fed funds rate. MBA’s April 2022 forecast now calls for mortgage originations to total $2.58 trillion in 2022–a 35.5% decline from 2021.

“Total origination volume is now expected to be at $2.58 trillion this year–down from roughly $4 trillion in 2021,” said Mike Fratantoni, MBA’s SVP and Chief Economist.

“Mortgage rates have spiked more than 1.5 percentage points thus far in 2022,” added Fratantoni. “This rapid increase in rates, caused by a much more rapid pace of rate hikes and balance sheet reduction from the Federal Reserve, is in response to the booming job market and inflation being at a 40-year high. The jump in mortgage rates will slow the housing market and further reduce refinance demand the rest of this year.”

Fannie Mae’s latest Home Purchase Sentiment Index (HPSI) for March decreased by 2.1 points to 73.2, as the general condition of the housing market pushed consumers to be more pessimistic about the market overall. The HPSI reflects current views by consumers and forward-looking expectations of housing market conditions and complements existing data sources to inform housing-related analysis and decision making. The survey found that 73% of buyers believe that now is a bad time to buy a home, a survey low.

“Higher home prices and rates as well as ongoing supply constraints are now expected to lead to an annual decline in existing home sales,” noted Kan. “However, MBA continues to expect purchase originations to reach a new record in 2022. Even though existing sales volume will be slightly lower than last year, the continued growth in new home sales and the swift rise in home prices should deliver a smaller, but solid, 4% annual growth in purchase origination volume.”