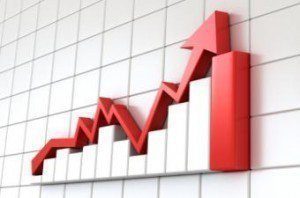 "Mortgage applications for new homes accelerated in March, with the Builder Application Survey Index reaching its highest point since the series began in August 2012," said Lynn Fisher, MBA's Vice President of Research and Economics. "The pick up from a fairly modest February showing suggests that developers are finding ways to bring new product on line to help supplement otherwise low inventories of existing homes for sale in the US. In contrast to the increasing trend in average loan size in our Weekly Application Survey which reports on applications for both new and existing homes, the average loan size for new homes in March from the Builder survey was unchanged from a year ago. Looking at the full distribution of applications, nearly two-thirds of applications for new homes in our survey have loan sizes between $200,000 and $400,000."

New single family home sales reached a pace of 670,000 units, a 14.3 percent from the February pace of 586,000 units, according to MBA estimates. Estimates derive from assumptions regarding market coverage and application information.

The Builder Application Survey measures mortgage application data, including loan type and total loan amount, from home builders at the national, state, and local level. Its results are released monthly by the MBA. To learn more about the survey or its results, visit MBA.org.