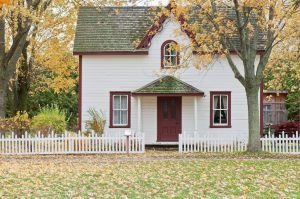 Bipartisan legislation geared toward raising the housing credit, the Affordable Housing Credit Improvement Act (AHCIA) of 2021, has been introduced with co-sponsors in both chambers of Congress. The AHCIA could finance an additional two million affordable homes over the next decade by expanding and strengthening the Low-Income Housing Tax Credit (Housing Credit), the nation’s primary tool to build and preserve affordable housing.

“The Affordable Housing Credit Improvement Act is the solution we need now to provide affordable homes for struggling renters and to help rebuild our economy and infrastructure,” said Affordable Housing Tax Credit Coalition (AHTCC) Executive Director Emily Cadik. “This bipartisan legislation would provide more than two million sorely needed affordable homes over the next decade through a proven model that leverages both the public and private sectors.”

The AHCIA of 2021’s lead sponsors include Sens. Maria Cantwell (D-WA), Todd Young (R-IN), Ron Wyden (D-OR), and Rob Portman (R-OH), and Reps. Suzan DelBene (D-WA), Jackie Walorski (R-IN), Don Beyer (D-VA), and Brad Wenstrup (R-OH). In the 116th Congress, the AHCIA was co-sponsored by over half the House of Representatives and over 40 Senators.

The AHCIA of 2021 builds on prior versions of the AHCIA first introduced in 2016, and led to the enactment of a minimum 4% Housing Credit rate in 2020, a temporary 12.5% Housing Credit allocation increase, and a flexibility known as “income averaging” in 2018. The AHCIA could also support nearly three million jobs, and generate $346 billion in wages and business income, and nearly $120 billion in tax revenue.

The AHCIA of 2021 would accelerate the proposed Housing Credit allocation increase and proposes a new flexibility to allow Housing Credit developments to maximize critical Private Activity Bond financing. The legislation would also provide states with additional flexibilities, streamline program rules, and make the Housing Credit more effective in hard-to-reach rural and Native American communities. The bill would also help states use the Housing Credit to benefit their lowest-income residents, such as homeless veterans.

“More than 10 million households nationwide were paying more than half of their monthly income on rent prior to the COVID-19 crisis, and millions more are now struggling to keep a roof over their heads,” said Matt Josephs, President of the AHTCC Board of Directors and Senior Vice President for Policy at the Local Initiatives Support Corporation. “The Affordable Housing Credit Improvement Act will help address our nation’s severe affordable housing shortage at a time when bold investments in affordable housing are sorely needed.”

Previous: What is Disrupting the Steady Climb of Mortgage Rates?
Next: Indecomm’s Automated Decision-Making Software for Mortgage Underwriting