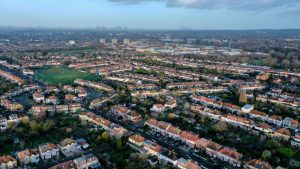 Fleming points to a couple of factors fueling demand, that is, millennials and still-low mortgage interest rates.

Further expounding on the impact of rate evolution on the market, Fleming says even the modest rate increase in the last month has been the largest since 2018 and contributes to a $13,000 decline in house-buying power.

While rates remain relatively low, Fleming explains that "for homeowners who locked in rates below 3%, modestly higher rates in a historically low inventory environment may disincentivize some from selling their homes thus preventing more supply from reaching the market. In March, the dip in house-buying power resulted in a decline of 55,600 potential home sales."

He says that due to the changing rates, first-home shoppers may need to adjust their price points.

Fleming continues that the increase in the personal savings rate is "adding fuel to housing-demand fire," which climbed to an all-time high in April and remains above the historical average as pandemic-driven restrictions have limited discretionary spending.

“For young people that are still employed, increased savings can be used as a down payment, which is typically the biggest hurdle for first-time homebuyers.”

A few more highlights from the report:

2021-04-16
Christina Hughes Babb
Previous: The Week Ahead: Charting the Market’s Course for 2021
Next: 30-Somethings Are Most Likely to Relocate This Season