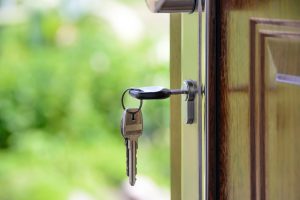 With Friday’s news of housing starts on the rise in March, Thursday’s existing-home sales report from the National Association of Realtors (NAR) could indicate where the remainder of 2021 is heading in terms of sales and volume.

After a rough weather-related start to 2021, March saw the highest number of housing starts since 2006, with 1.74 million new starts. February’s existing-home sales fell 6.6% in February to 6.22 million, but sales were still 9.1% higher than last year.

The supply to demand imbalance that had been an issue earlier in 2021 may be on the road to being solved due to the rise in housing starts, but then unintended consequence is a rapid ascension in home prices. According to Redfin, the median home sale price hit an all-time high, having reached a high mark of $341,250, a 17% rise year-over-year.

“March housing starts data provided good news for a housing market parched for supply,” said First American Deputy Chief Economist Odeta Kushi. “Housing starts for single-family homes are up 15% month-over-month. Another positive indicator is the overall number of permits issued for single-family homes, which can signal how much construction is in the pipeline, increased 4.6% relative to February.”

More will be known Thursday when NAR shares its March Existing-Home Sales Report.