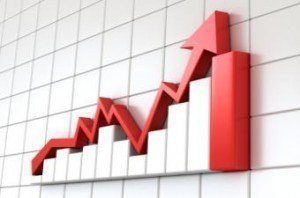 Bank of America overall reported $4.9 billion in net income in Q1, a 40 percent increase in net revenue driven by expanded consumer loans and gains in both net interest and noninterest income. Earnings per share also increased by 46 percent, to $.041.

Consumer banking was a major boost to the bank’s Q1 earnings. Loans were up $18 billion while deposits were up $64 billion. Brokerage assets increased 21 percent and total credit/debit card spending was up 5 percent. Q1 included $1.4 billion in annual retirement-eligible incentive costs and seasonally elevated payroll tax compared to $1.2 billion in Q1 of 2016.

All in all, this helped Bank of America end the first quarter with a seven percent revenue rise to $22.2 billion. At the same time, despite “higher revenue-related compensation expenses,” total expense was flat at $14.8 billion, the report stated. Q1 included $1.4 billion in annual retirement-eligible incentive costs and seasonally elevated payroll tax, compared to $1.2 billion a year ago.