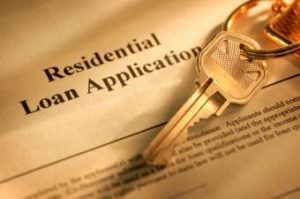 Despite a strong February, housing starts have fallen almost seven percent in March. According to Tuesday’s New Residential Construction report from the Census Bureau and the Department of Housing and Urban Development (HUD), housing starts dropped to a seasonally adjusted annual rate of 1.215 million, a 6.8 percent decrease from February’s 1.303 million, but many outlooks are still positive. The March housing starts rate is 9.2 percent higher year-over-year.

“Today’s Census Bureau report for March is good news for the housing market,” said First American Chief Economist Mark Fleming. “Millennial household formation is beginning to have meaningful impact on housing demand and will likely only increase. Currently, I estimate that the amount of housing supply necessary to just keep pace with demand is probably around 1.5 million housing units a year.”

Single-family starts fell six percent in March, to an annual rate of 821,000 from February’s rate of 875,000, which was the fastest monthly rate since the Great Recession.

Although sing-family starts dropped, single-family permits posted the third largest annual pace since the recession. Permits in March grew 3.6 percent to 1.26 million from February’s 1.216 million, and grew year-over-year by 17 percent. According to the report, housing completions were up in March by 3.2 percent, totaling 1.205 million, over February’s 1.168 million. This is a year-over-year increase from March 2016 by 13.4 percent.

The National Association of Homebuilders (NAHB) reports that this is much in line with Monday’s NAHB/ Wells Fargo Housing Market Index (HMI). The March HMI was unusually high, and the NAHB predicts more growth throughout the year. NAHB reports that there is a continuing demand for home construction, although builders have faced several challenges such as high regulatory costs and increasing material prices.

Regionally, the South was the best performing region, with a three percent month-over-month gain in housing starts. The Northeast showed no change, while the West dropped six percent, and the Midwest dropped 35 percent.