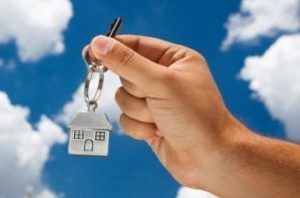 Rates are rising and inventory may be tighter than ever, but that’s not stopping home sales. According to the latest Potential Home Sales model and analysis from First American, high demand and an uptick in building permits should mean strong sales are on their way.

Though potential existing-home sales decreased 1.5 percent from February to March, they’re up by 0.6 percent over the year and have jumped 83 percent since the all-time low, which was reached in December 2008.

“Despite higher mortgage rates, the potential for home sales increased on an annual basis driven by steady income and job growth, along with a surge in building permits,” said Mark Fleming, chief economist at First American. “While it may be a little late for this spring, the increase in building permits is a welcome sign that some relief may be in sight for the inventory shortages that are holding back many markets from realizing their full potential this spring.”

“While affordability declined slightly in January, it is not affecting consumer demand,” Fleming said. “Rather, in the fourth quarter of 2016 owner-occupied home sales increased the fastest outside the top 25 largest markets, as first-time homebuyers are pursuing home purchases in less expensive markets, as the American Enterprise Institute (AEI)/First American National Housing Market Index showed.”

In addition to job growth and strong employment, according to Fleming, wage improvements likely factored into the increase in sales potential as well. Wages grew 2.7 percent over the last year.

“The housing market’s potential for existing-home sales held steady in March,” Fleming said, “growing 0.6 percent over the past 12 months, despite increasing interest rates, in part fueled by strong building permit activity and continued employment gains as more people return to the workforce.”

While March may have seen an increase in annual sales potential, there’s still room to grow, according to First Am’s report. Potential existing-home sales are at 853,000—15.5 percent lower than the peak potential, reached in July of 2005.

Previous: A Nation of Overleveraging
Next: Builders Expect Strong Years Ahead